Intel has acquired artificial intelligence startup Nervana Systems in a deal reportedly worth in excess of $400 million, as the company looks to push its products - in particular the many-core Xeon Phi co-processor platform - as ideas for deep-learning tasks.

As part of a growing interest in machine learning to solve a variety of problems - from besting human champions at the game of Go to analysing eye scan data for early diagnosis - Intel is pushing its Xeon and Xeon Phi processor ranges heavily against competition from GPU-based accelerators made by rivals Nvidia and AMD. As part of that, Intel has announced the acquisition of Nervana Systems in a deal which sources speaking to Recode value in excess of $400 million.

'I’m excited to announce that Intel signed a definitive agreement to acquire Nervana Systems, a recognised leader in deep learning. Founded in 2014 and headquartered in San Diego, California, Nervana has a fully-optimised software and hardware stack for deep learning,' claimed Intel's Diane Bryant in the announcement, which did not include financial details. 'Their IP and expertise in accelerating deep learning algorithms will expand Intel’s capabilities in the field of AI. We will apply Nervana’s software expertise to further optimise the Intel Math Kernel Library and its integration into industry standard frameworks. Nervana’s Engine and silicon expertise will advance Intel’s AI portfolio and enhance the deep learning performance and TCO of our Intel Xeon and Intel Xeon Phi processors.'

Intel has pledged to share more information about its inroads into artificial intelligence projects during the Intel Developer Forum (IDF) next week. 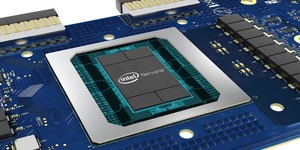