The Tesla-backed OpenAI group has announced the launch of Universe, a new software platform designed to allow artificial intelligences to be trained against any software - including games.

OpenAI's Universe builds on the Gym toolkit the group launched back in April, and extends its capabilities by allowing AI agents to interact with software the same way a human would: viewing images on a display and submitting keyboard and mouse inputs to control the on-screen action. Unlike previous attempts at the same task, though, Universe offers full compatibility with no need to modify the underlying software: instead, packages are launched behind a VNC remote desktop environment, which is then accessed by the AI agent.

'Our goal is to develop a single AI agent that can flexibly apply its past experience on Universe environments to quickly master unfamiliar, difficult environments, which would be a major step towards general intelligence,' the OpenAI group claimed in its blog post announcing Universe's public availability this morning.

The library of software available to Universe is, thanks to a number of publisher partnerships, impressive: Users can spin up environments ranging from games running on an emulated Atari 2600 to more modern browser-based flash games, in-browser tasks like Kahn Academy lessons and Amazon Mechanical Turk jobs, and even mainstream PC games like Portal, Shovel Knight, Wing Commander III, Mirror's Edge, and Sid Meier's Alpha Centauri. In each case, the AI agent learns the game in the same way a human would: by making observations about the on-screen activity, submitting inputs, and working towards a reward or other goal.

'Systems with general problem solving ability — something akin to human common sense, allowing an agent to rapidly solve a new hard task — remain out of reach,' explained the OpenAI group of the thinking behind the Universe project. 'One apparent challenge is that our agents don't carry their experience along with them to new tasks. In a standard training regime, we initialise agents from scratch and let them twitch randomly through tens of millions of trials as they learn to repeat actions that happen to lead to rewarding outcomes. If we are to make progress towards generally intelligent agents, we must allow them to experience a wide repertoire of tasks so they can develop world knowledge and problem solving strategies that can be efficiently reused in a new task.'

The Universe project is publicly accessible through the official OpenAI website. 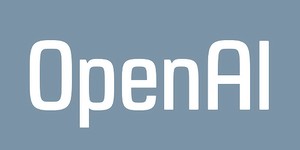