Our first meeting of the day was with EVGA, which was showing off a range of new products. Click to enlarge
First up we have some new laptops – the SC17 is getting a new SKU that includes a GTX 1080 and a G-Sync screen, and the chassis is unchanged from the GTX 1070 version. The main announcement, however, is the SC15, designed as a slightly more portable product coming in at under 3kg on the scales. It still packs a performance punch, though, as inside you'll find an Intel Core i7-7700HQ, a GTX 1060 6GB GPU, and 16GB of RAM. Primary storage is a 256GB NVMe SSD, and it's backed up by a 1TB HDD. There's a four-zone RGB backlit keyboard, and the 1080p IPS display supports G-Sync with a maximum refresh rate of 120Hz. The SC15 should be available in July, but no MSRP has been confirmed. Click to enlarge
One of the big themes this year is Intel's upcoming X299 chipset. EVGA reckons it will have a trio of X299 motherboards ready for the market in early July, and these include the X299 FTW K, the X299 Dark, and the X299 Micro. Key features of the FTW K include Killer E2500 networking, loads of RGB lighting, and triple M.2 slots. The X299 Dark, meanwhile, has dedicated M.2 cooling and is built for overclocking – it only has four DIMM slots to allow for higher memory frequencies. It also has Creative Core3D Audio and again three M.2 slots. The X299 Micro is, unsurprisingly, the micro-ATX offering and includes built-in Wi-Fi. You can expect many more details and pricing soon once X299 is properly launched. Click to enlarge
On the GPU front, EVGA's focus was its new GTX 1080 Ti Kingpin card. EVGA says every card shipped is guaranteed to boost to at least 2,025MHz with overclocking but didn't confirm actual out-of-box speeds. The cooler is copper-plated and dual-slot, but if you take it off and attach a water block, you can make it into a true single-slot card thanks to the miniaturised display outputs only requiring one slot. The PCI-E power connectors have been moved to the right edge for better cable management, and iCX technology is included too, so there's a whole host of thermal sensors, and the fans can spin at different speeds as necessary. Click to enlarge
EVGA will also be bringing a new range of cases to market with the current ETA being August. The DG series includes the DG-73, DG-75, DG-76, and DG-77; the higher the number the higher up the stack the product is. The DG-77 is naturally the most fully featured and includes full tempered glass panelling, two RGB EVGA logos, a K Boost overclocking button, and a riser bracket that allows you to mount your graphics card vertically for display through the side. 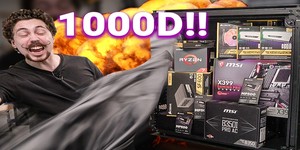 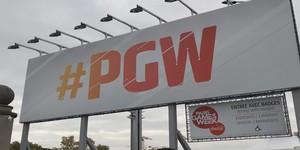 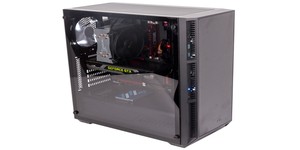