80 Days is an interactive fiction game that caused a stir on mobile platforms late last year. Alongside winning a crop of awards, it was named TIME magazine's game of the year. Having enjoyed many adventures on mobile, the game has now arrived safely on PC in a sprightly port that carries in a chunk of extra content in its luggage. It's an absolutely fascinating example of the genre, and feels surprisingly at home on PC despite its far-flung origins. The game has you assume the role of dutiful servant Passepartout as he accompanies his master Phileas Fogg around the globe in an attempt to win a wager, in a unique spin on the premise of the classic Jules Verne novel. 80 Days isn't a simple retelling or adaptation of the original story. Instead, it uses the initial setup as a springboard for a much more adaptable adventure.

The goal remains the same - traverse the globe in 80 days or less. But the specifics of the route is entirely up to you. Starting in London, you can travel to dozens of different cities dotted around the planet, tracing an Indiana Jones-style red line across land and sea as you progress. New travel routes can be unlocked by "Exploring" cities, talking to characters you encounter on your travels, and purchasing certain items, meaning you're constantly thinking about and adjusting your plans. To give a few examples, you might choose to go through northern Europe and venture North into Russia, travelling via the Trans-Siberian express toward the Canadian Arctic. Or you might head Southeast, taking in the sights of the Mediterranean before braving the Arabian deserts, through Orient and then across the Pacific into South America. Maybe you'd do both, or neither. 80 Day lets you decide what to do, even if you ultimately "fail" the challenge of returning to London within the agreed time period.

It's important to note that 80 Days is not based on a historically accurate nineteenth century. Instead, it takes place in a Steampunk fantasy version of 1872, where familiar modes of transport like trains and ships coexist alongside steam-powered automobiles, speedy airships, and even cities that walk on huge mechanical legs. As well as freeing the game from journeys that would bore the player by taking too long, it also lends the world an entirely unique flavour, and lets it reflect upon the positive and negative elements of the period without taking a default position of embracing those same values. Your ability to travel is affected by several underlying systems. Your funds are limited, but can be increased by either visiting a bank or purchasing rare items to sell for a profit elsewhere. But every item you buy increases the amount of luggage you need to carry, which can make travel more costly and even prevent you from using certain routes. The various modes of transport depart at set times, which means you can miss them if you arrive too late or spend too long organising your luggage. Lastly, travelling by difficult routes or through more extreme climates affects Phileas Fogg's health, which can be mitigated by carrying the appropriate gear for that particular journey, can improved by resting in hotels or tending to his needs. 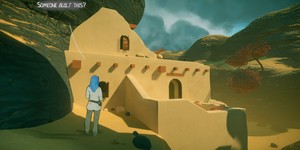