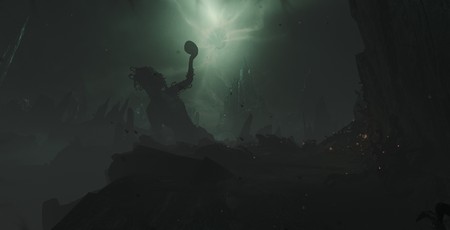 I’m surprised Frictional Games has gone back to Amnesia. While its 2010 hit Amnesia: The Dark Descent was a massively influential horror game, the studio’s follow-up SOMA was a bigger critical hit and, as far as I can glean, a bigger commercial one too. SOMA eschewed conventional scares in favour of a more narrative-driven, existential horror, and it suggested that Frictional wanted to paint on larger, more ambitious canvases. I didn’t expect to see Amnesia again. In fact, I didn’t expect Frictional’s next project to be a horror game at all. But here we are. Amnesia is back, and to be fair to Frictional, it hasn’t simply rolled out Amnesia 2: Forget Harder. Rebirth is ultimately a sequel to the Dark Descent, but one that wants to tell its own story as much as elaborate on its predecessor. Sadly, the game struggles with this balancing act, resulting in an experience that feels caught between being faithful to the original and trying something new.

Don’t get me wrong, Rebirth is by no means a terrible game, and it will scare the socks, trousers, and knickers off you at various points. Taking place in 1937, Rebirth puts you in the role of Tasi Trianon, a French archaeologist who is part of an international expedition bound for an African Gold mine. However, the plane carrying the expedition crashes in the Algerian desert. Awakening alone inside the wreckage of the plane, Tasi stumbles out onto the sands and begins to search for her missing companions. Whereas SOMA was largely a philosophical horror game, Rebirth is a more emotionally-driven story. One of the game’s key themes is maternalism. Tasi is on the expedition with her husband Salim, and it becomes clear early on that the journey is partly an escape from a deeply tragic event back home. What’s more, Tasi is also pregnant, and her feelings and relationship about her unborn child form both a key part of the narrative (as well as the game’s horror). In fact, one of Rebirth’s more unusual mechanics is that Tasi can reduce stress (which can ultimately kill her) by looking at her baby bump.

I like Tasi as a protagonist, and although the telling of her backstory is a touch on the sentimental side, it succeeds in pushing the right emotional buttons. That said, the broader story suffers from having too many secondary characters who we don’t spend enough time with to really care about. Tasi’s relationship with Salim is not convincingly portrayed, and there are at least four or five character who, if you asked me now, I’d struggle to remember the names of. This feeling of being underbaked extends to the horror side of Rebirth. Early on in the game, Tasi comes across a rift in space that leads to what could be an alien planet, or an alternate dimension entirely. It’s this part of the game that links back to the original Amnesia, although I won’t specify how. This alien world has the potential to be fascinating, but Rebirth never truly gets under the skin of it, and it doesn’t feel like a coherent place in the same way that SOMA’s Pathos II did.

Perhaps the best example of Rebirth struggling to find its own identity is in its systems. Mechanically Rebirth is largely identical to the first Amnesia, blending physics-based puzzling with a sprinkling of light stealth. Speaking of light, the nonsensical approach to illumination returns. Tasi can pick up and manipulate any object in the game world, except for all the extremely portable light sources knocking about. Hence you spend a lot of time fumbling with matches and refilling a lantern that guzzles oil like a combine harvester when there are perfectly good torches and oil lamps everywhere. I get the idea is to generate tension, but surely there must be a less immersion-breaking approach. Rebirth is at its best when mingling puzzles with scares. The first act culminates with an elaborate puzzle sequence set inside an abandoned Foreign Legion fort, with you searching for a way to open its main gates while something skitters in the darkness around you. This chapter elegantly knits narrative storytelling, puzzle solving and horror together in a way that highlights Frictional’s talent as game designers. The studio has also lost none of its ability to give you a good fright. The game plays your nerves like a fiddle, deftly escalating and de-escalating the tension, avoiding throwing you into more intense scenes until it’s got your emotions exactly how it wants them. And when it does let loose, good grief. There’s a sequence set in a series of ancient Roman Catacombs which might just be the single most frightening thing Frictional has done.

For all it does well, however, Rebirth still feels like a game in need of a hook. The puzzles, while enjoyable, are neither as elaborate nor as interesting as those present in SOMA. It also lacks a central mechanic to bind the game together. Early on you acquire an amulet that opens gates between the two worlds, and it feels like this is going to be the core system on which the game resides. Maybe you’ll need to find objects in one world to solve puzzles in another. But after the sequence in which it’s introduced, you barely use the amulet for the rest of the game. Ultimately, Rebirth comes across as a project that was intended to be more ambitious, but for whatever reasons had to be dramatically cut down in scope. Indeed, it’s rare that I say this, but I think it may have worked better as a bigger game, one that had more time to explore its characters and the two sides of its worldbuilding. As it stands, Rebirth often feels like two separate games awkwardly stapled together, and the result, while still enjoyable, is less than the sum of its parts.