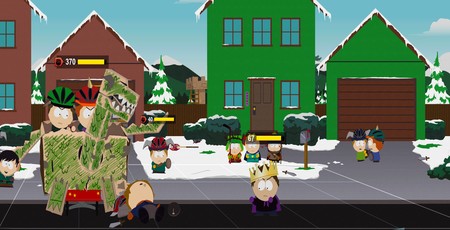 If you're not yet aware of South Park, the animation juggernaut that's been making fart jokes and satire since 1997, where have you been?

Your enthusiasm for the TV show is in a large part going to determine whether this latest South Park RPG is for you, so if you're not familiar with Stan, Kyle, Cartman, Kenny, and that weird season where they killed Kenny off and replaced him with Butters, it's hard to say ahead of time whether the game's unique sense of humour will work for you. 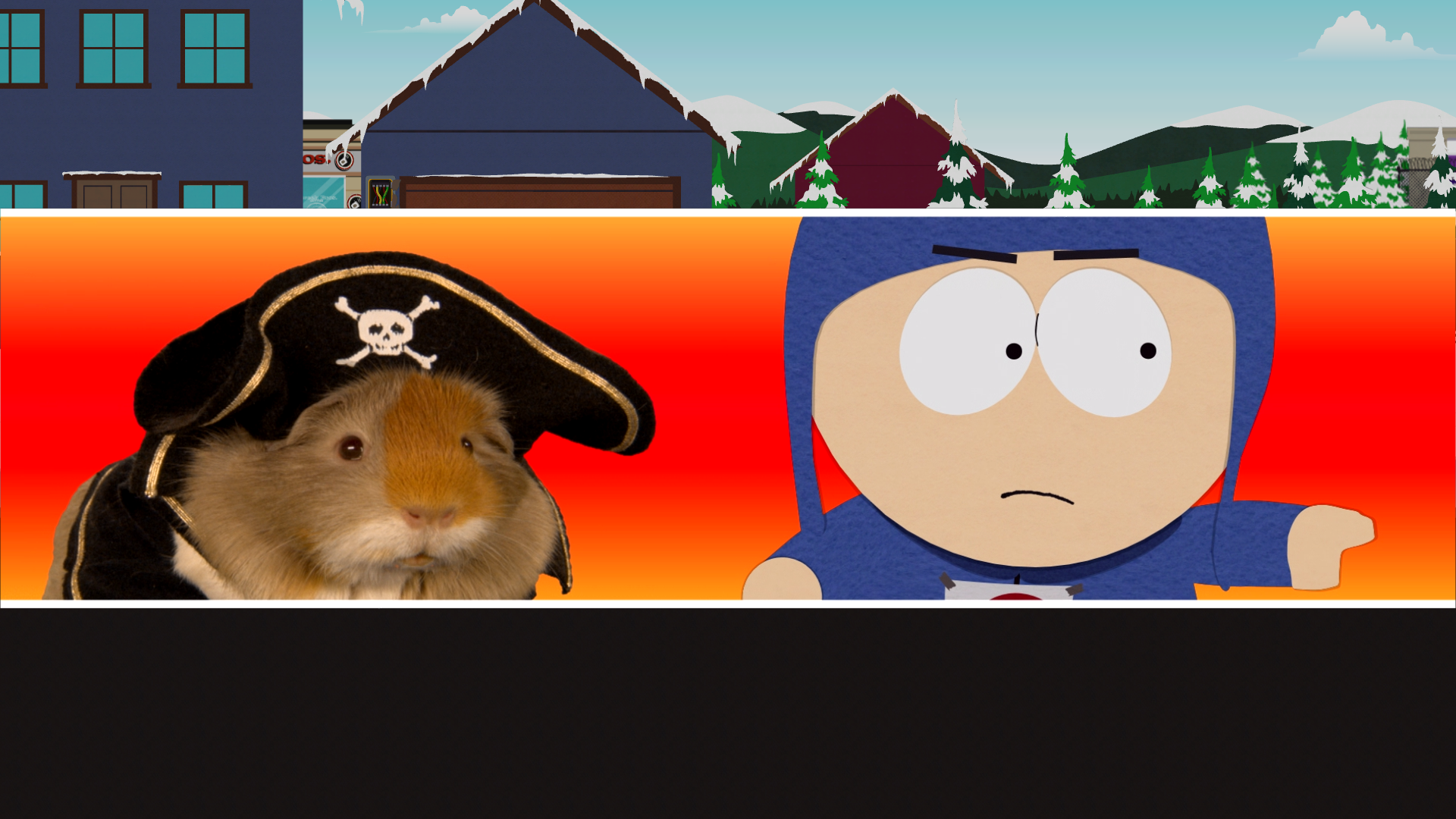 The Fractured but Whole. That's the name of the new game, and if that makes you giggle, you might find something to enjoy here. The all-pervasive silliness of South Park is the theme wrapped around this RPG's solid core, and if toilet humour and the occasional jab at some much darker subjects isn't your cup of tea, South Park: The Fractured but Whole (TFBW hereafter) could end up grating on you pretty quickly.

The narrative of TFBW follows on from 2014 prequel The Stick of Truth, in that you're kids at playtime, however while The Stick of Truth was a grand fantasy, TFBW features the kids of South Park playing at being superheroes after Cartman jumps into the middle of a fantasy battle as his superheroic alter-ego The Coon and demands everyone starts playing superheroes instead. 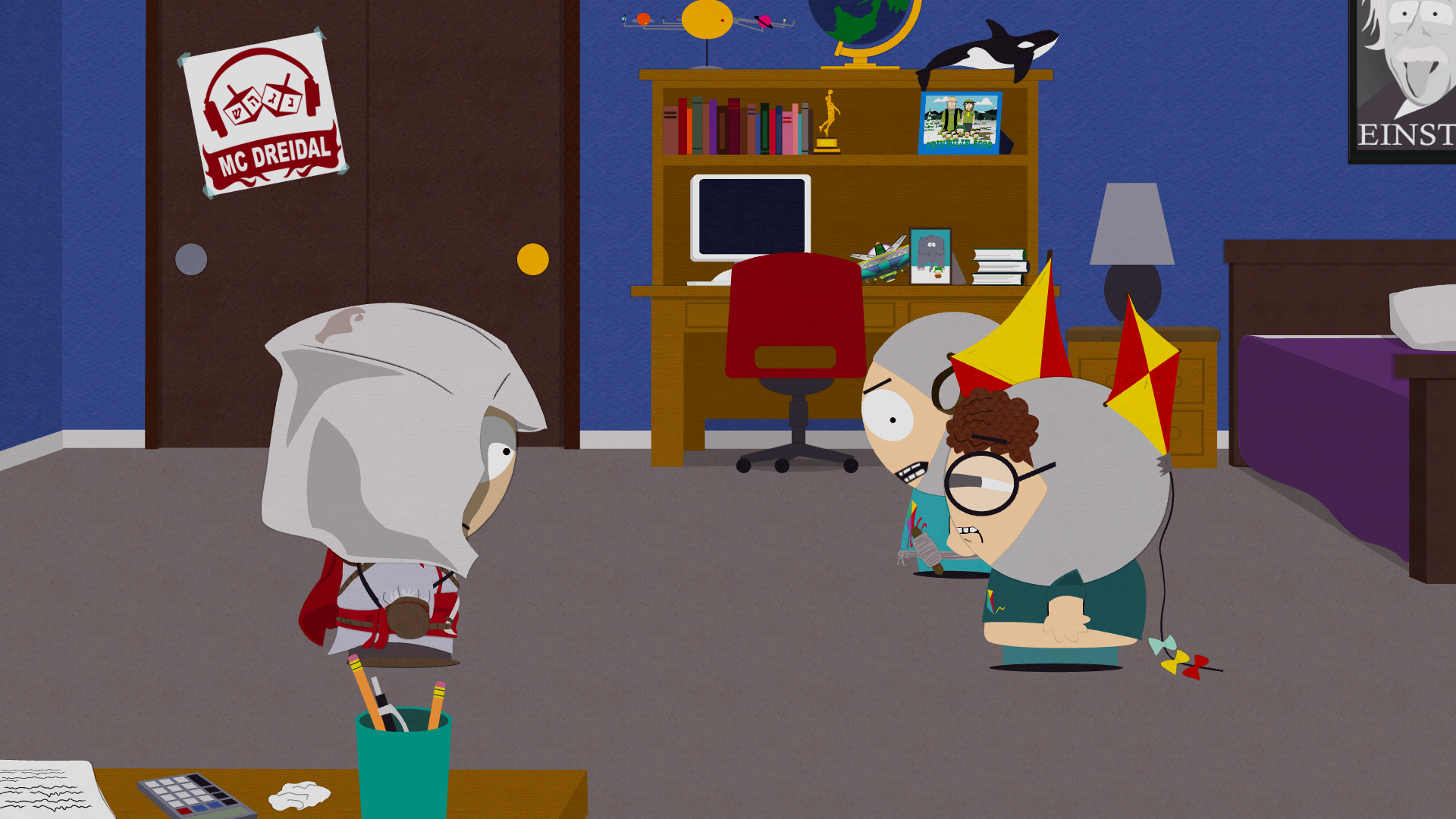 From there, as in the last game, you trawl through town meeting some of South Park's more colourful residents, getting in fights and accumulating stuff as you seek to solve quests. The narrative hook is charming, in a way, and the writing and several of the jokes are decent.

Some jokes, however, miss the mark. I'm fairly thick-skinned with my humour, but there are a few jabs in the game that feel offensive for the sake of being offensive. This isn't the first time someone has laid this claim at South Park's door, and I have no issues with the jokes existing in the game, but several times they were jarring, an unnecessary distraction that detracted from the game rather than adding to it. 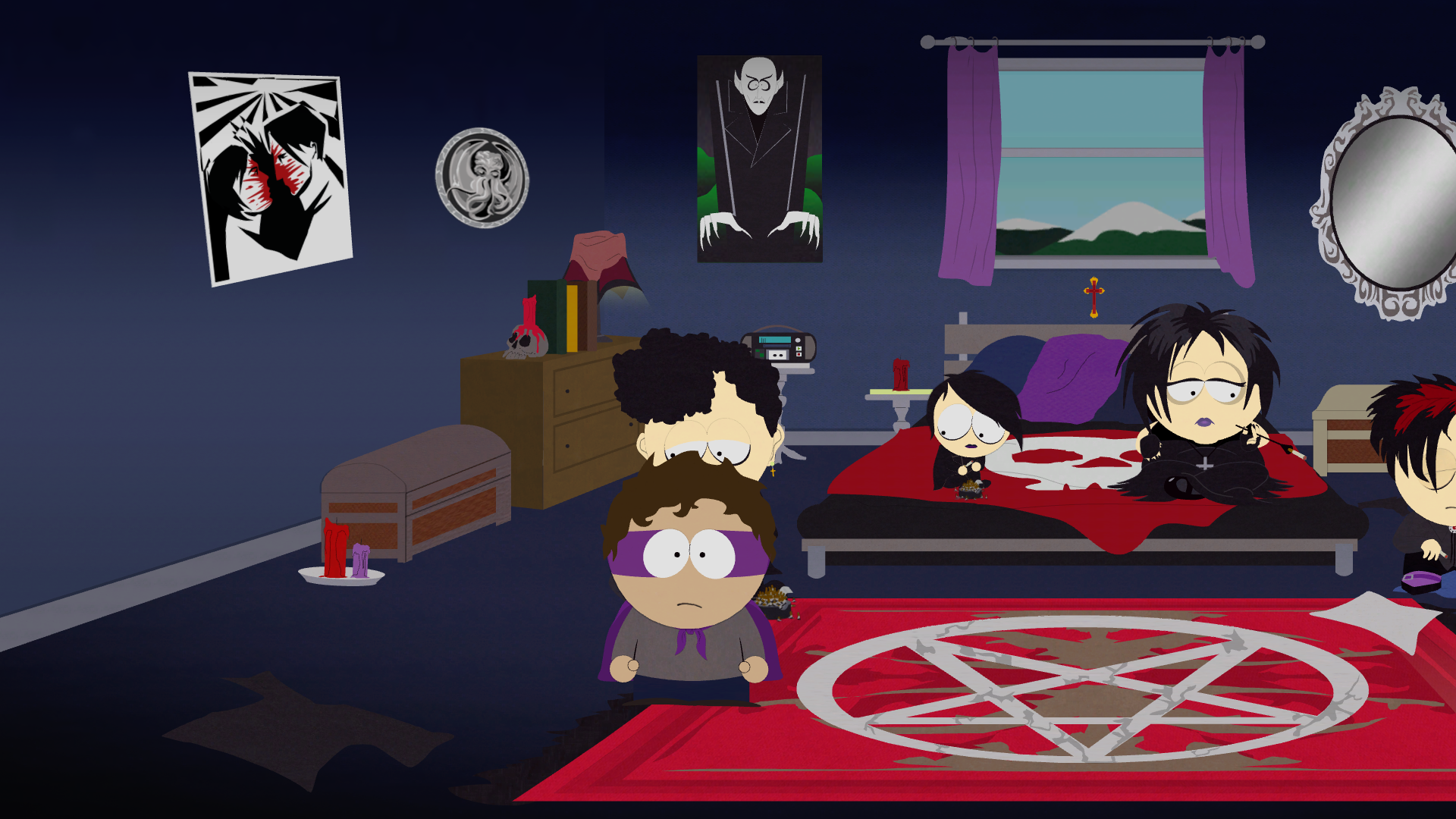 Take, for example, an early conversation with guidance counsellor Mr Mackey, where he sits your character down and asks them which gender they're playing. The choice is yours, but after this he asks you whether your character is cisgender or transgender, before calling your parents to confirm what you're saying with them.

Stepping outside afterwards, you're met by several drunken men in a pick-up truck who holler at you for your chosen gender — I was playing a cisgender male, so they declared a hatred for cisgender males — and then start a fight. The joke isn't offensive per se, and arguably the satire is picking fun at the adults rather than your character, but it still feels like punching down, making light of something that a lot of people are struggling with. There aren't too many of these jokes in the game, but these moments flecked the entire experience with a sort of misanthropy that I found tiresome. 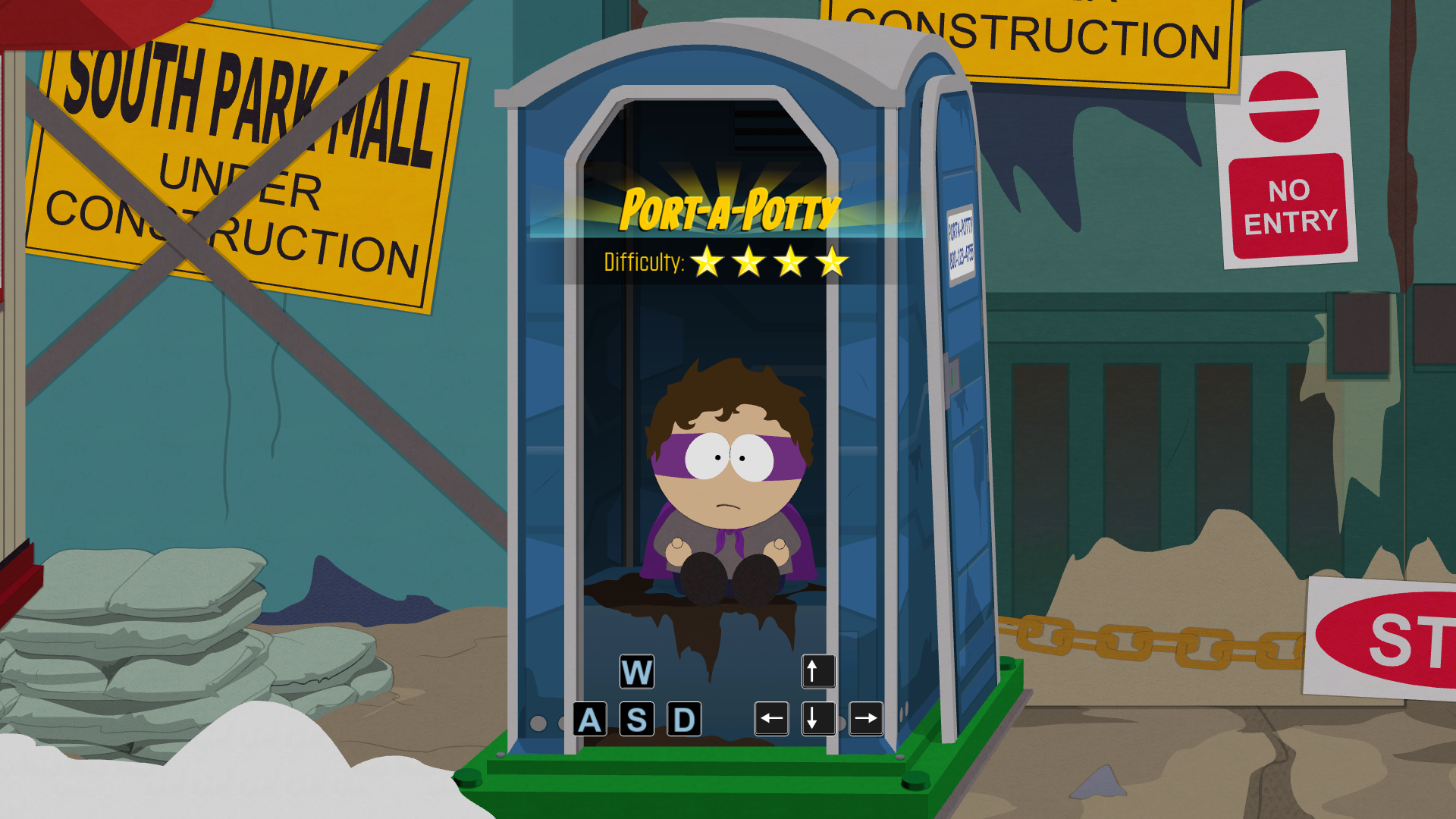 Mechanically, the game is a fairly tight RPG, although it's somewhat shallow. Combat takes place on a grid, with your characters and opponents brawling within it, with attacks and abilities moving you around the grid. It's a fun system and, despite each character having access to just three regular abilities and an ultimate at any one time, I found myself enjoying the combinations made possible by the interplay of your four heroes.

Excellently, the theme carries here. Instead of being poisoned, characters are grossed out by a rank fart or a flicked booger. Fights stop occasionally to shouts of 'car!', and all involved running back onto the pavement to clear the street. When the car passes, players retake their positions. It's adorable, and despite the interruption I always cracked a smile. 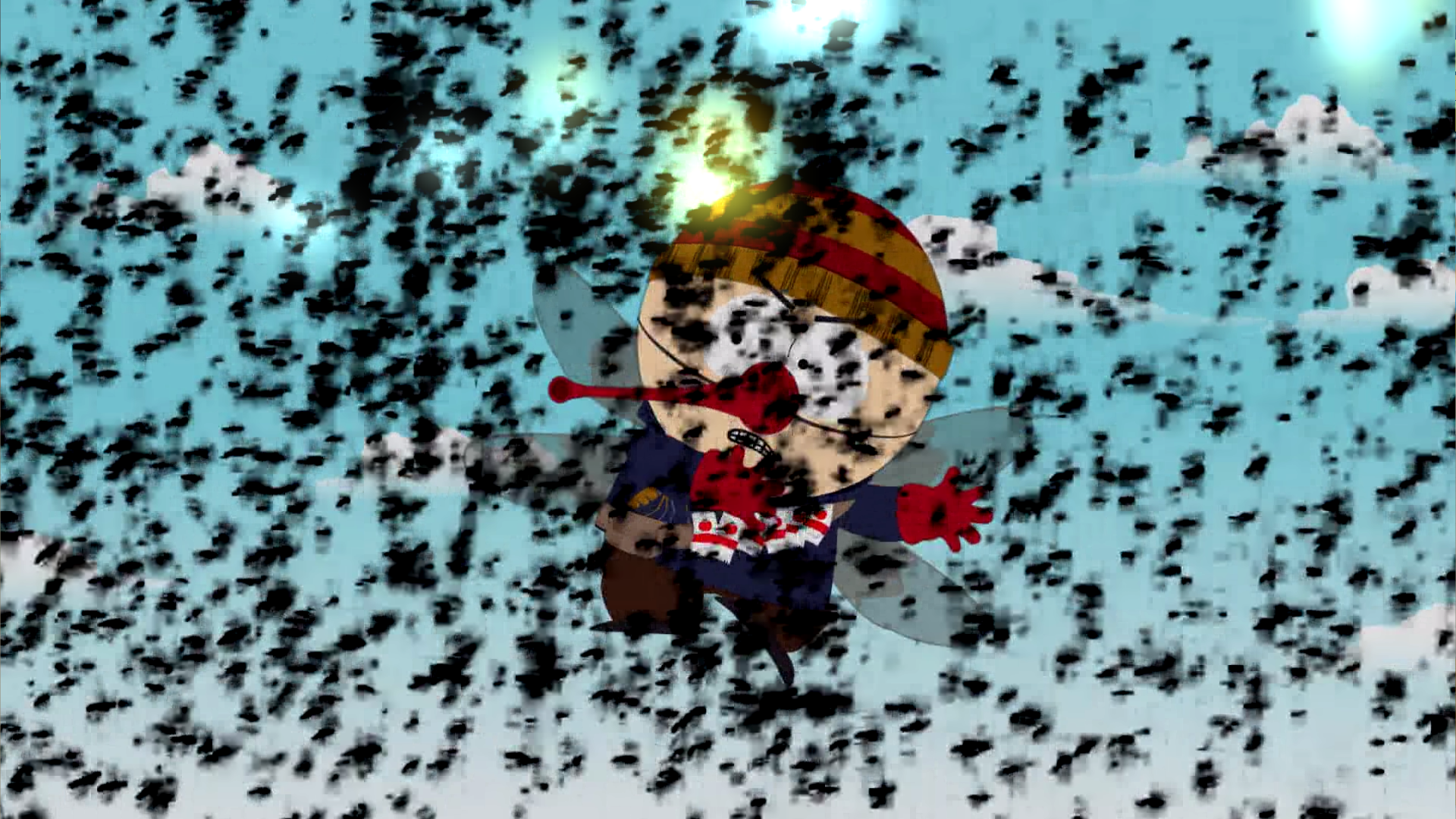 You add items to the mix, and throughout the game you're given new classes to choose from which offer extra moves that can be mixed in with your moves. As you only have four total abilities to choose from, there's not a massive scope to mix and match, but it's nice to refresh your abilities regularly, and I found it a good time to totally shake up the moves I was using.

The game's graphics mirror the show perfectly, and this is backed up with a lot of interesting customisation options for your kid. Over the course of the first 10 hours my superhero went from armour made from egg cartons to a shop-bought shark costume and, finally, a technomancer costume that saw him clad in 1990s computer hardware. The lack of a weapon or armour equipment system, replaced with the ability to slot items with no cosmetic presence into your costume, is disappointing considering the excellent costumes. 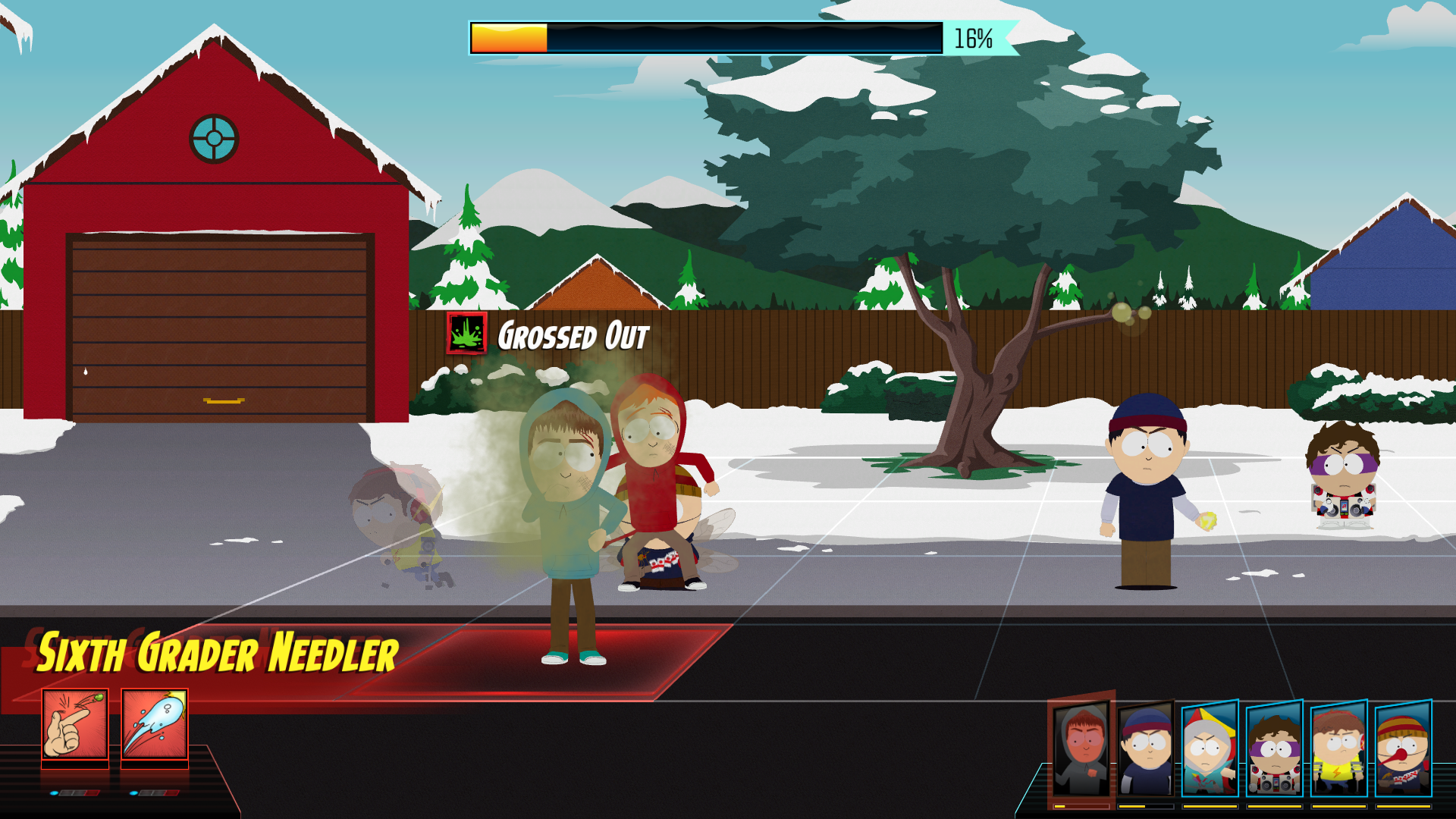 A few mechanics didn't land for me, either. There's a section where you can, well, take a dump in every toilet you come across. These toilets are given different difficulty settings, and then you do quick-time events to make sure you poop acceptably. You have to do this for completion, and using enough toilets gives you an XP boost, but it's incredibly annoying. The game is notably weaker in several areas than its predecessor, something you could probably pin on the lack of Obsidian.

In spite of my many criticisms, I actually quite enjoyed the game. The charm and whimsy of being 'just kids playing superheroes' is strong, and I found myself compelled to chug through the game. The Fractured but Whole is a lightweight but robust role-playing game that offers a fun adventure for South Park fans but might not have much to offer seasoned RPG fans. Nevertheless, when it's not smearing its own excrement all over the place in a desperate attempt to make you laugh, there's gold here. 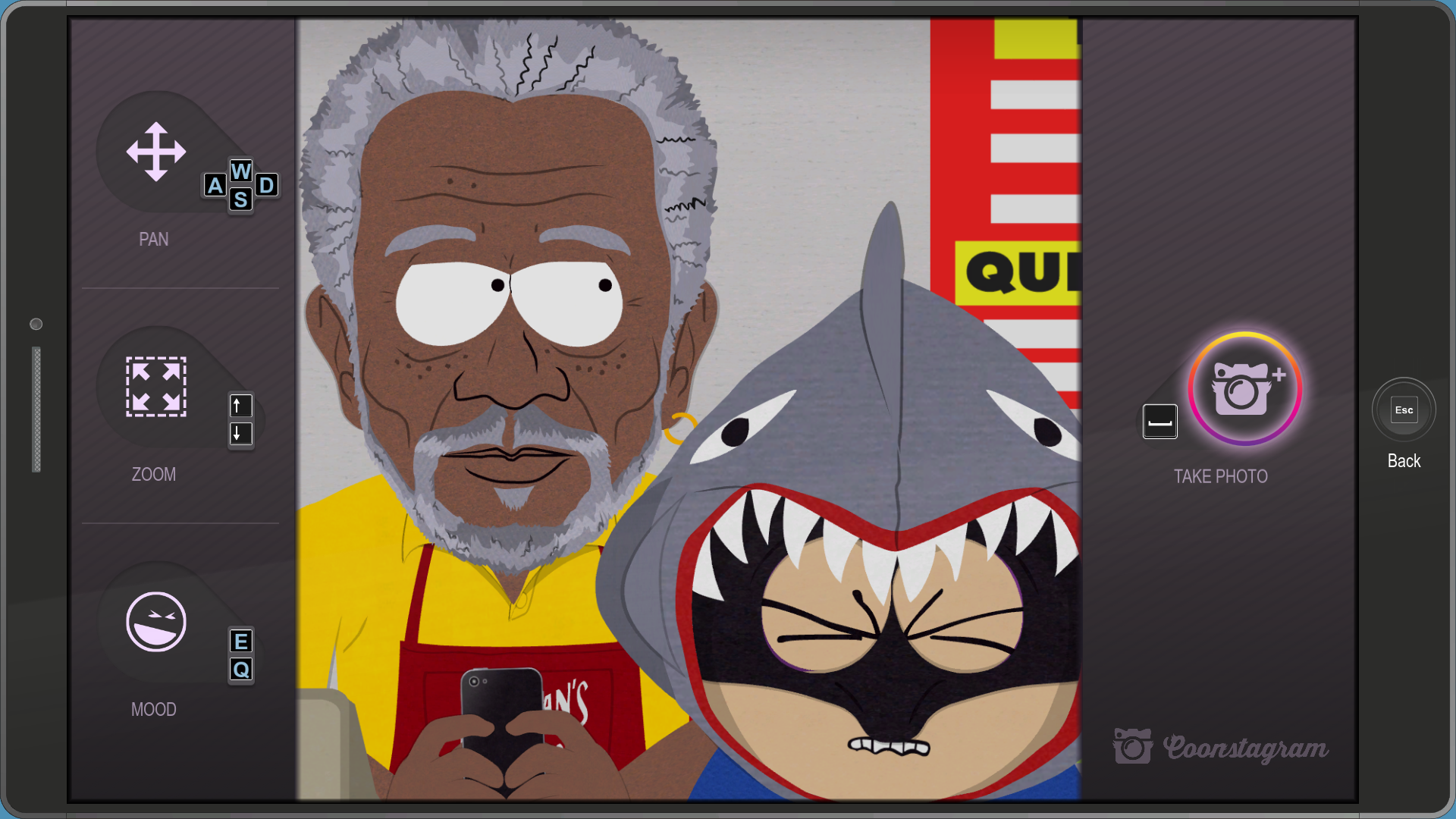 You just have to dig for it sometimes.