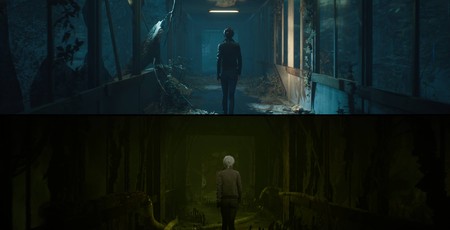 Since its debut title Layers of Fear released in 2015, Polish developer Bloober Team has created an impressive run of spooky commercial hits, including the Cyberpunk detective horror Observer, and the well-received Blair Witch game from a couple of years back. While arguably not the most original frighteners in gaming, Bloober Team’s work clearly has its audience, emphasising fast-paced, first-person horror. Consequently, its star has risen quicker than Jason Vorhees climbs out of the grave. 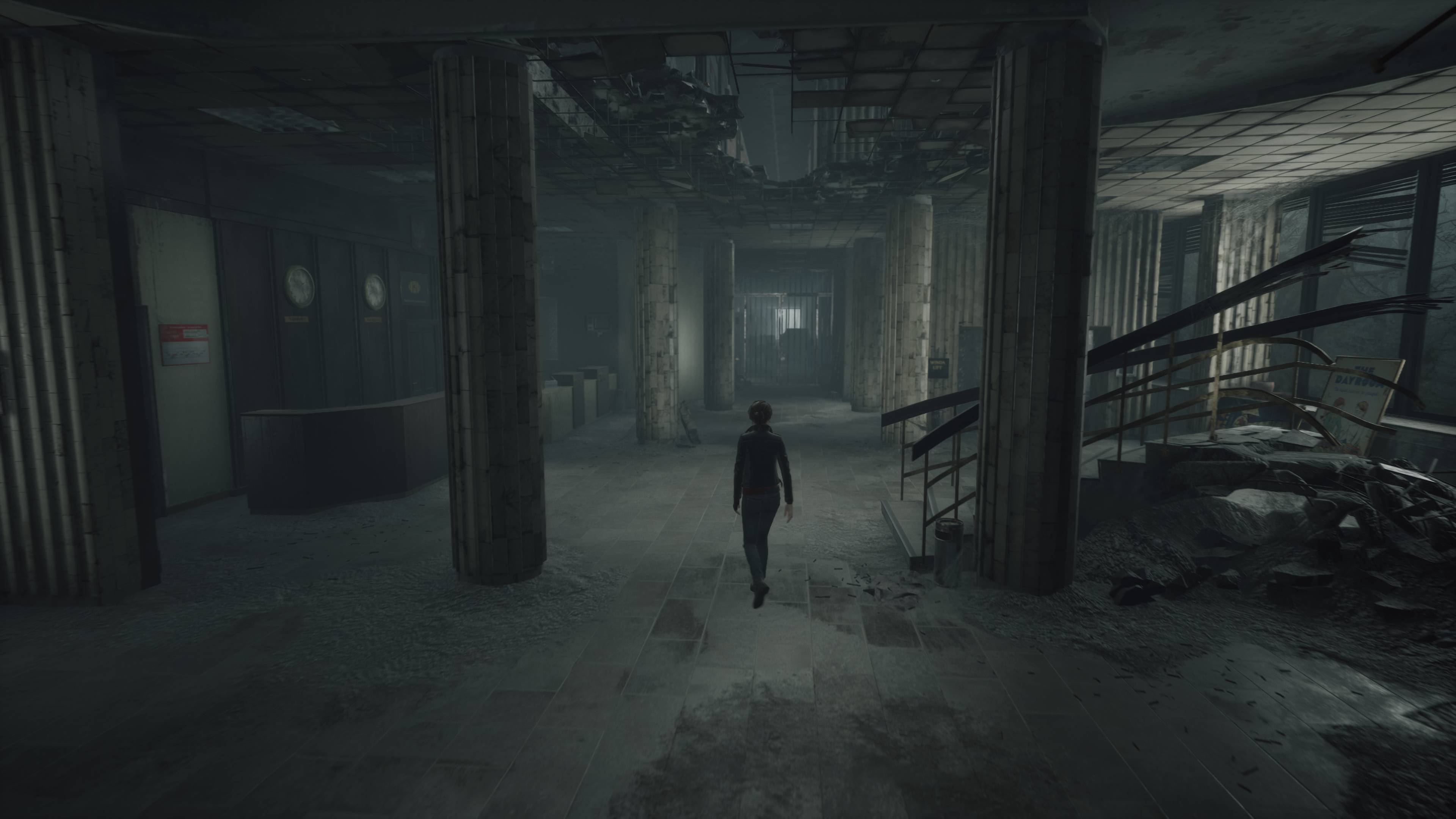 The Medium looks to be the studio’s most ambitious title yet. A hybrid horror-adventure game that’s essentially Resident Evil meets Dreamfall, it features an intriguing mechanic whereby you explore two different worlds at the same time. It’s an idea with a lot of potential, but it’s let down by bad habits carried over from Bloober Team’s previous games.
The game puts you in the shoes of…oh dear, I genuinely can’t remember the main character’s name. I’d like to say this is simply because weeks of lockdown has scrambled my memory more effectively than a drillbit through the ear, but I fear it’s more likely because The Medium’s protagonist has all the charisma of a pencil. An orphan who begins the game preparing for her foster-father’s funeral, her sole personality trait appears to be self-pity, on account of her “curse” of being able to see beyond the material realm.
Don’t get me wrong, I can imagine how constantly seeing ghosts when you’re just trying to eat a sandwich or watch Gogglebox could grind you down, but the game’s writing struggles to communicate this in a way that feels convincing. The tone flits between tediously maudlin and weirdly jokey, while Marianne (thanks Google!) has a propensity for internal monologuing that just obliterates any subtlety toward character development. 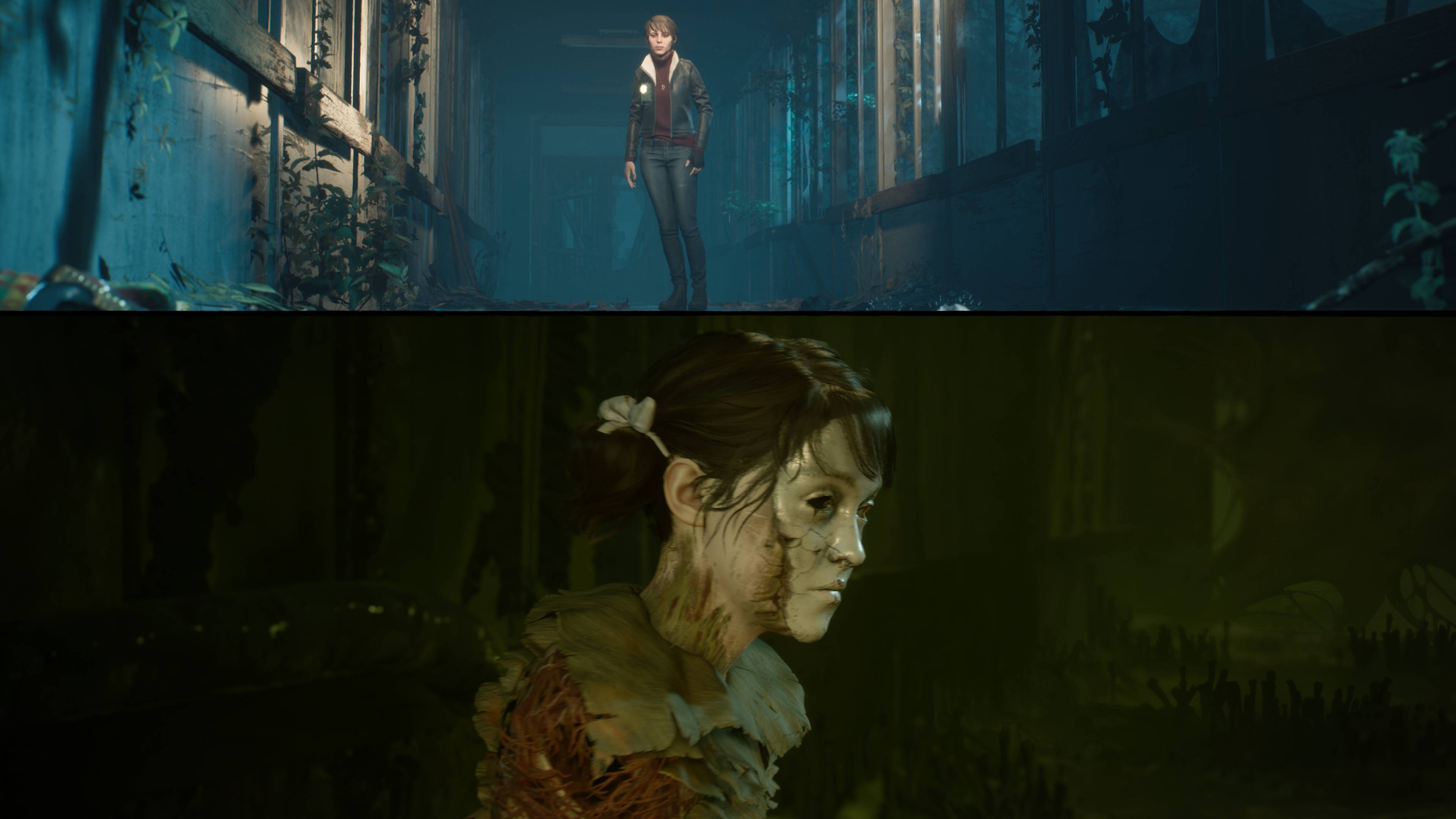 Anyway, the whole “dead foster-dad” thing is swiftly forgotten about when Marianne receives a mysterious phone call from a man named Thomas, one which brings her to a Soviet-era holiday resort deep in the Polish forest, long since abandoned after all the vacationing workers disappeared one day.
The Nisa Resort is probably the thing I like most about The Medium. A crumbling concrete monument to Soviet brutalism, it’s provides a splendid foundation for Bloober Team to show off some truly next-generational environment design. It also offers a sufficiently grounded contrast to the tawny desolation of the spirit realm, which you explore alongside Nisa. 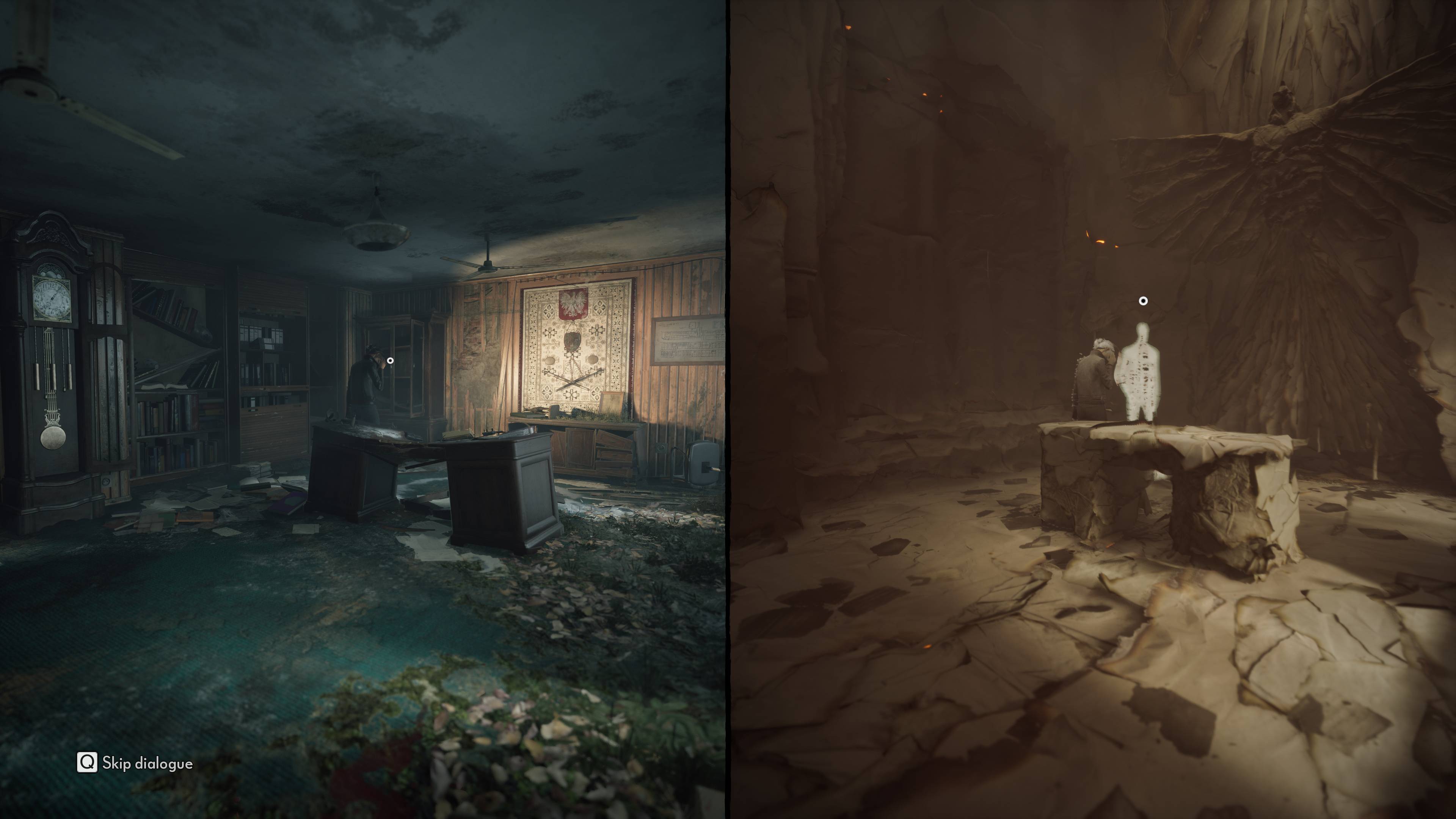 I mean this literally. The Medium’s primary gimmick is that, for long periods, it plays as a single-player split-screen game. You control two versions of Marianne, one black-haired, the other white, as they explore both the material and spiritual manifestations of the Nisa Resort.
It’s a neat idea, although I found trying to concentrate on two displays at once to be a surprisingly unpleasant experience. In fact, it’s easier to appreciate the differences between the two worlds when the game lets you switch between them, Soul-Reaver style. Nonetheless, Bloober Team uses the split-screen mechanic to set up some gently enjoyable puzzles. While generally controlled simultaneously, Marianne can force herself to have an “Out of Body Experience”, letting her spirit form temporarily walk free of her physical body. Combined with other skills, such as the ability to recharge electrical circuits, her spirit form can bypass obstacles and unlock doors for her material form to walk through. 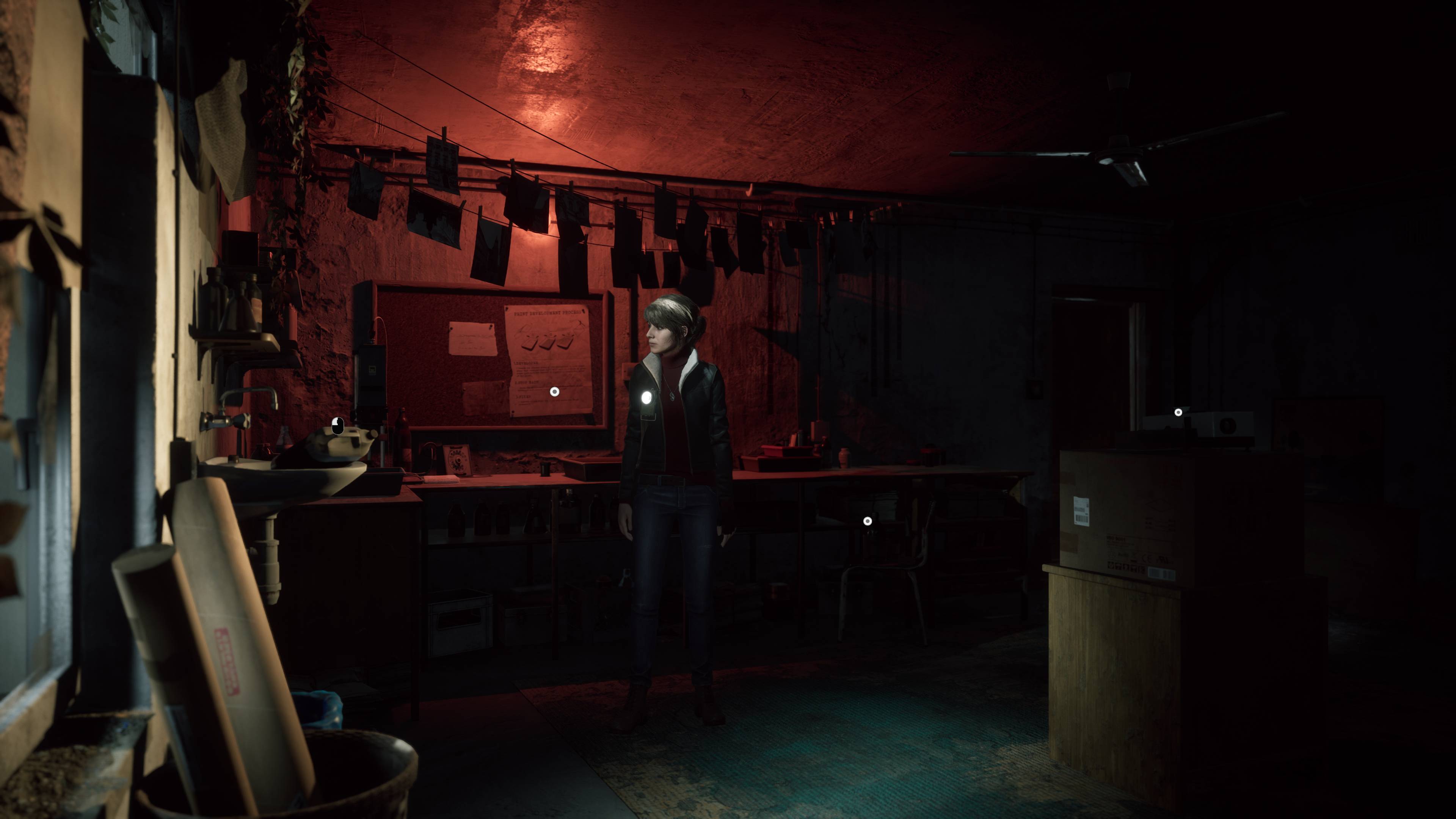 There’s nothing particularly special about it, but I quite enjoyed the Medium in its puzzling mode. The spirit realm is sufficiently creepy and atmospheric to make you feel tense without having to resort to cheap scares (although the game still does from time to time, in typical Bloober Team fashion). The spirit realm is all seeping surfaces, weird, coral-like environmental growths, faces in walls and furniture made of bones. The retro-styled fixed camera angles and pseudo-tank controls suit these parts of the game well, although I did grow weary of constantly walking into objects like a Skyrim NPC.
Sadly, Bloober Team isn’t content with the Medium being a puzzler, throwing in their trademark chase sequences, made doubly fiddly by the old-fashioned camera and control schemes. Worse still are the stealth sections, where you need to sneak past a monster known simply as The Maw. They’re not even that difficult, you can often stand right next to the monster and it won’t see you. But they feel awkward and unsatisfying, like playing hide & seek with a toddler who just stands in the corner of the room with their eyes closed. 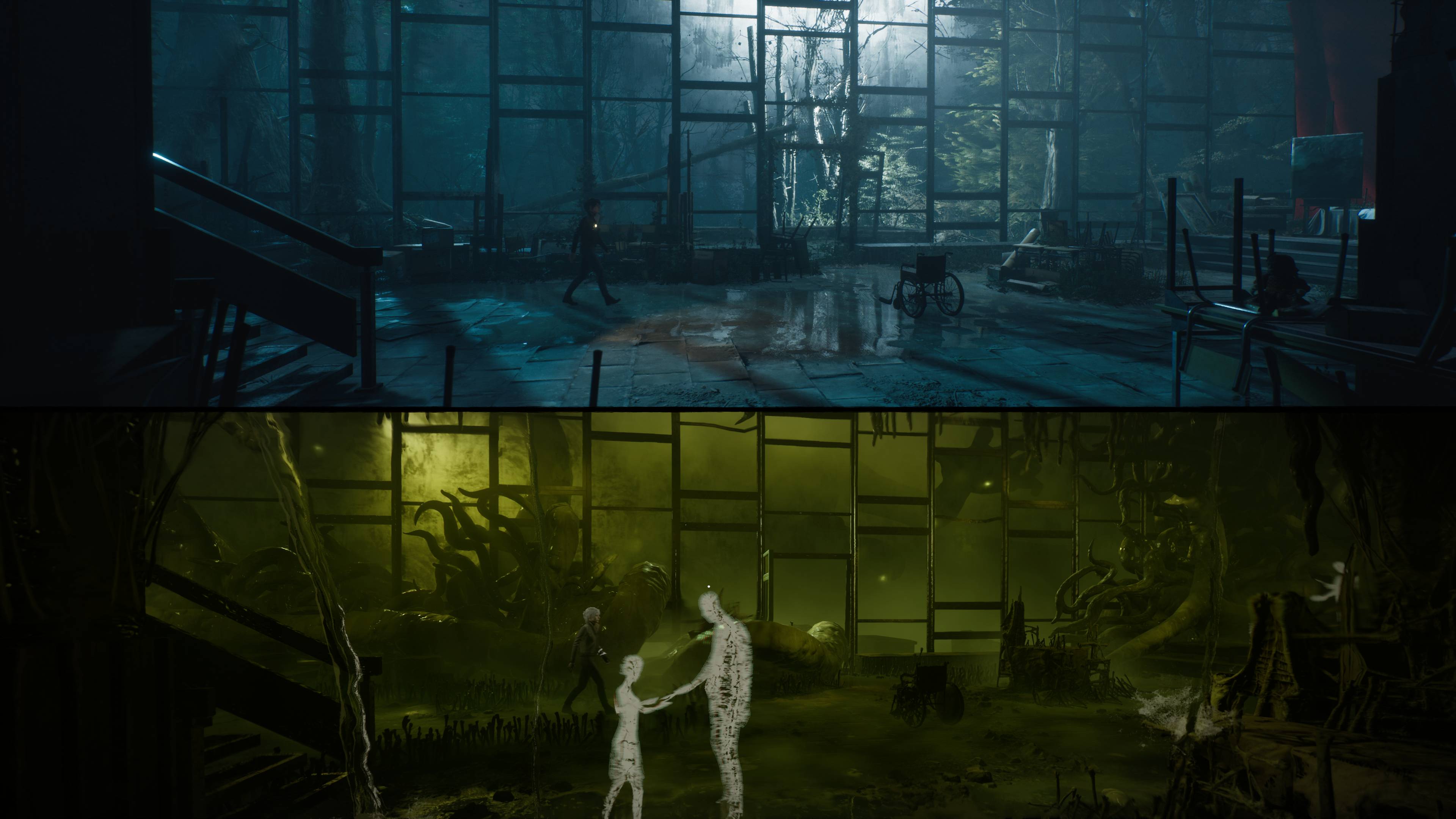 As the Medium goes on, it becomes less coherent, drifting ever further from its most interesting mechanic. Around halfway through the game, a second playable character, Thomas, is introduced, resulting in large stretches where the game ditches its twin protagonist concept in its entirety, leaving you playing a rudimentary 3D adventure game with all the excitement of a packet of Ready Salted crisps. One of the weakest moments involves repeatedly navigating an overgrown hedge maze that’s an allegory for another character’s memory. After the third return to this leafy labyrinth, Thomas exclaims “This is getting tedious.” Yes, Bloober Team. It IS getting tedious. SO WHY ARE YOU MAKING ME DO IT AGAIN?!?
The Medium is a classic example of a developer dreaming up a cool gimmick and not really knowing what to do with it. It looks fantastic, and there were a couple of early moments where I was vaguely intrigued. But the second half blows what little goodwill Bloober Team scrounge up in those first couple of hours. If you want to play a cool game about exploring different dimensions, check out the old Soul Reaver titles, they’re still wonderful designs. If you want to play a cool detective story involving ghosts, I recommend the Blackwell Trilogy of adventure games. If, however, you want to experience the essence of average, the median of middling, the mean of mediocrity, then, and only then, would I recommend playing the Medium. 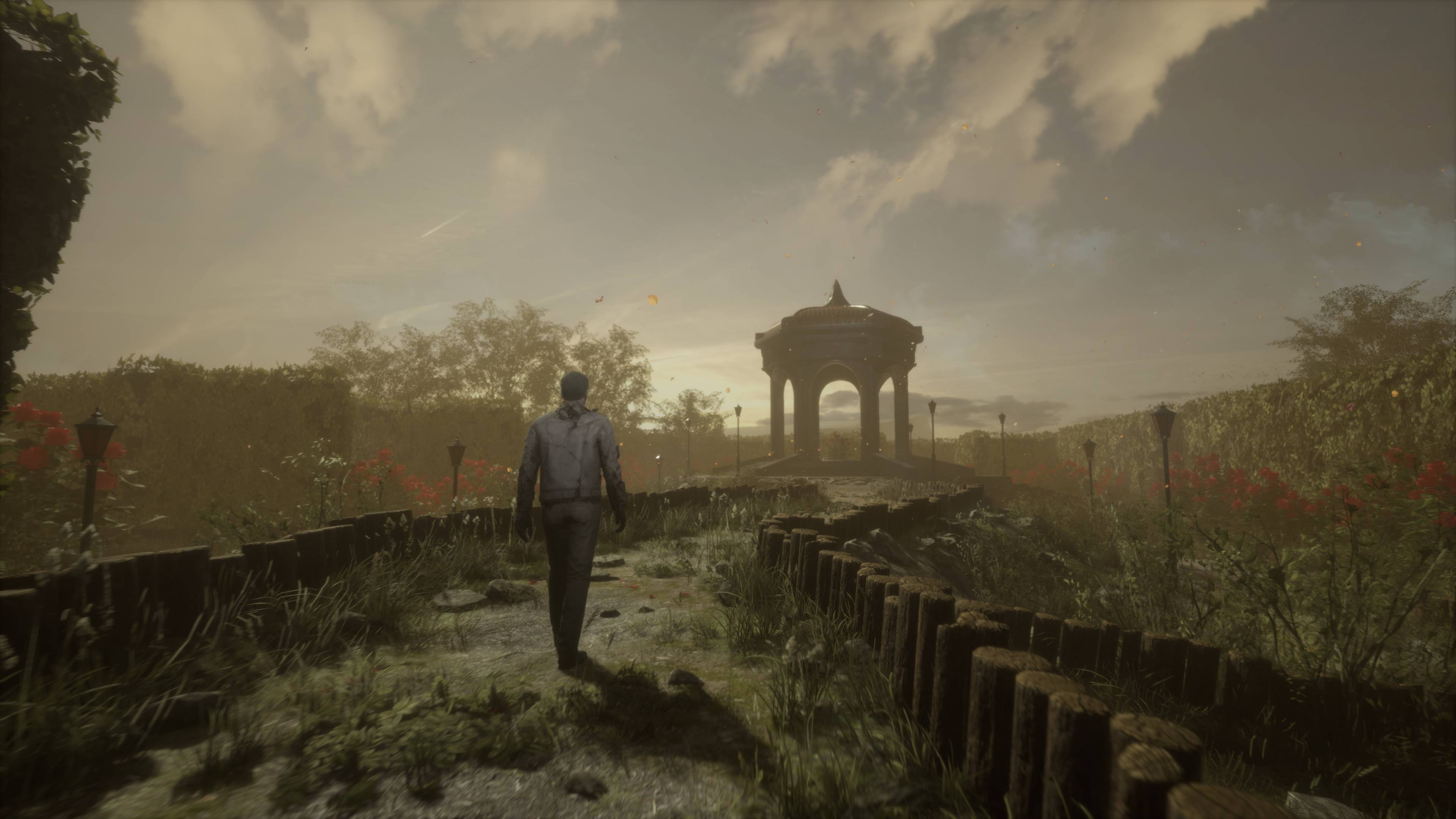