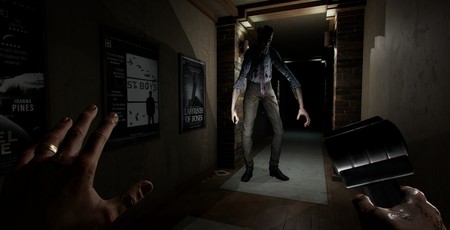 As demonstrated by the stunningly incompetent Murdered: Soul Suspect, making your game’s player character a ghost is always going to lead to trouble. When it comes to game design, ghosts have very inconvenient abilities and drawbacks. They can walk through walls but can’t pick anything up, which if you’re making a game that involves a set progression path and touching things, is a bit of a challenge. 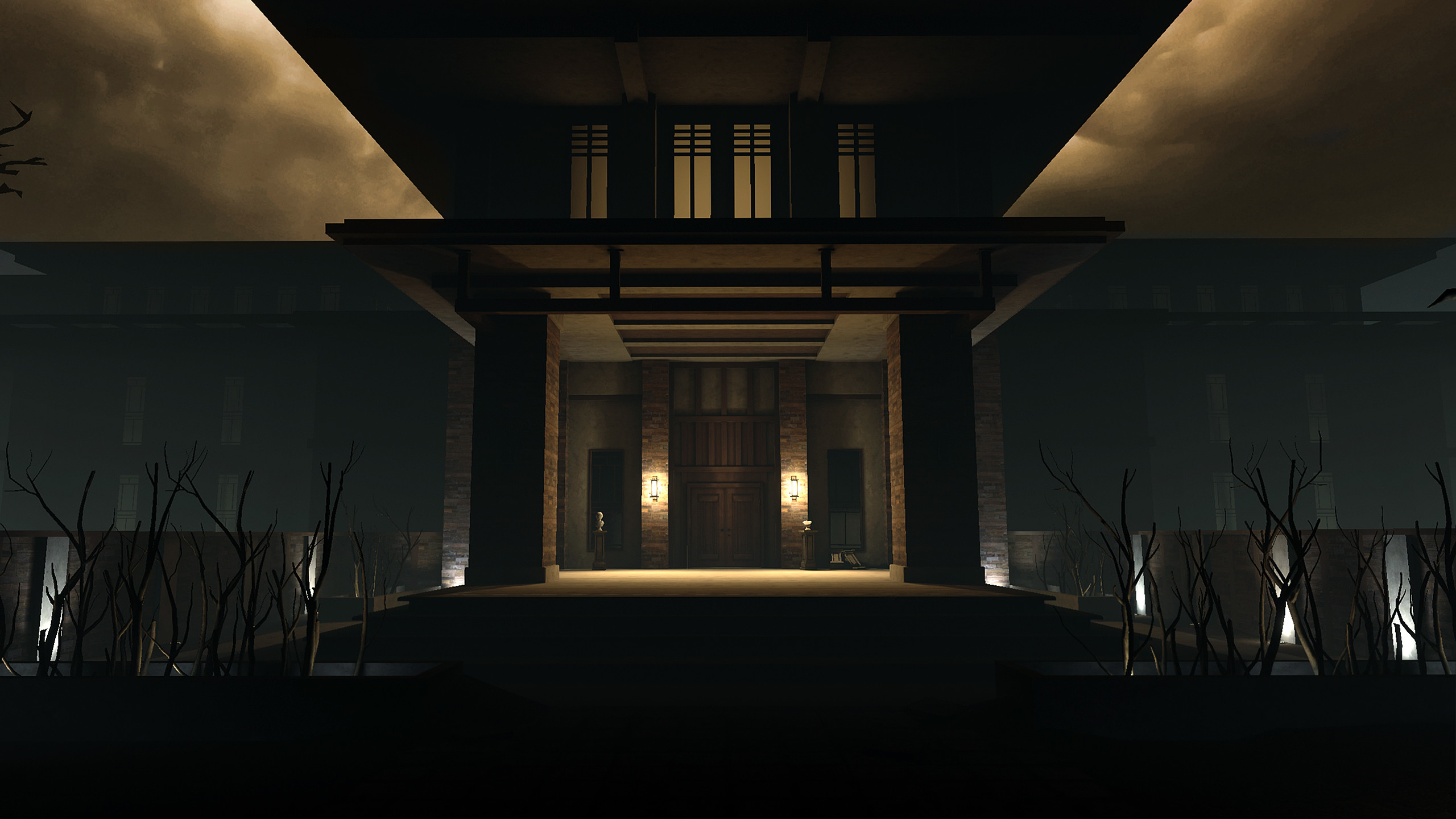 Wraith: The Oblivion: Afterlife’s response to this challenge is basically to ignore it. Yes, you play as a ghost, but you can pick up stuff as you would normally, and (initially at least) walls are no more an obstacle to you as they would be to the living. In a way, it’s a credit to the developers Fast Travel Games that I didn’t think about this until after playing the game, although I still wish it made more of its protagonist’s spectral nature.

Putting you behind the lens of a photographer named Ed Miller, Wraith’s commences in the wake of the world’s worst séance (or best séance, depending on whether your criteria for a good séance involve how massively terrifying things get). In any case, the end result is that you’re killed. Awakening in your ghostly form, you discover that your soul is trapped in the Los Angeles mansion where the séance took place. To escape, you’ll need to unravel the mystery behind the séance itself, and the fate of those who took part in it. 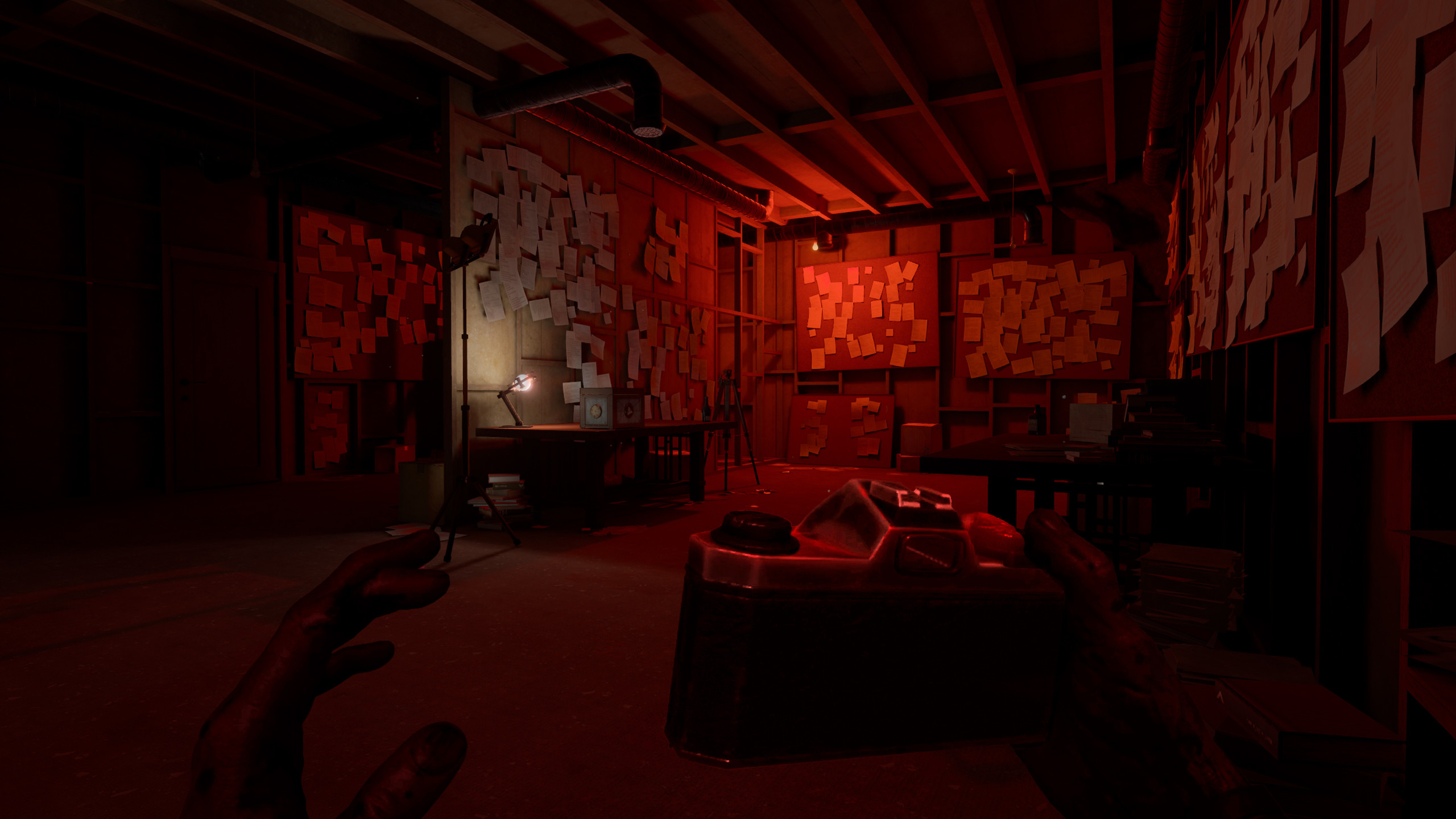 From a plot perspective, Wraith’s story is interesting, a spooky whodunit from the perspective of one of the victims. The delivery of the story is somewhat wanting, however. Much of the narrative is delivered through spectral memories of the séance’s attendants, who stand around having conversations with one another while you stand around listening. This would be less of a problem in a regular game, but in a VR game, standing around listening to people talk is no fun at all, as it simply reminds you of the sweaty box strapped to your face. Wraith’s writing and voice acting is perfectly functional, but it either needs a more dynamic approach to storytelling, or something to keep your hands occupied while these dialogue sequences take place.

Speaking of keeping your hands occupied, Wraith is surprisingly sparse in terms of tangible interaction. I suppose this is because you’re a ghost, although as I already mentioned Wraith’s representation of ghostliness is inconsistent at best. More likely, it’s a consequence of hardware limitations. While it’s now available on Steam VR, Wraith was initially released as an Oculus Quest game. In any case, the game’s modern-looking mansion is architecturally minimalist, with only a few items like notes and health pickups that you can touch in any room. It’s also worth noting that Wraith is an extremely brown game, and while I appreciate that it’s meant to be horror, Alien: Isolation managed to scare my own skeleton out of me, without turning the contrast right down. 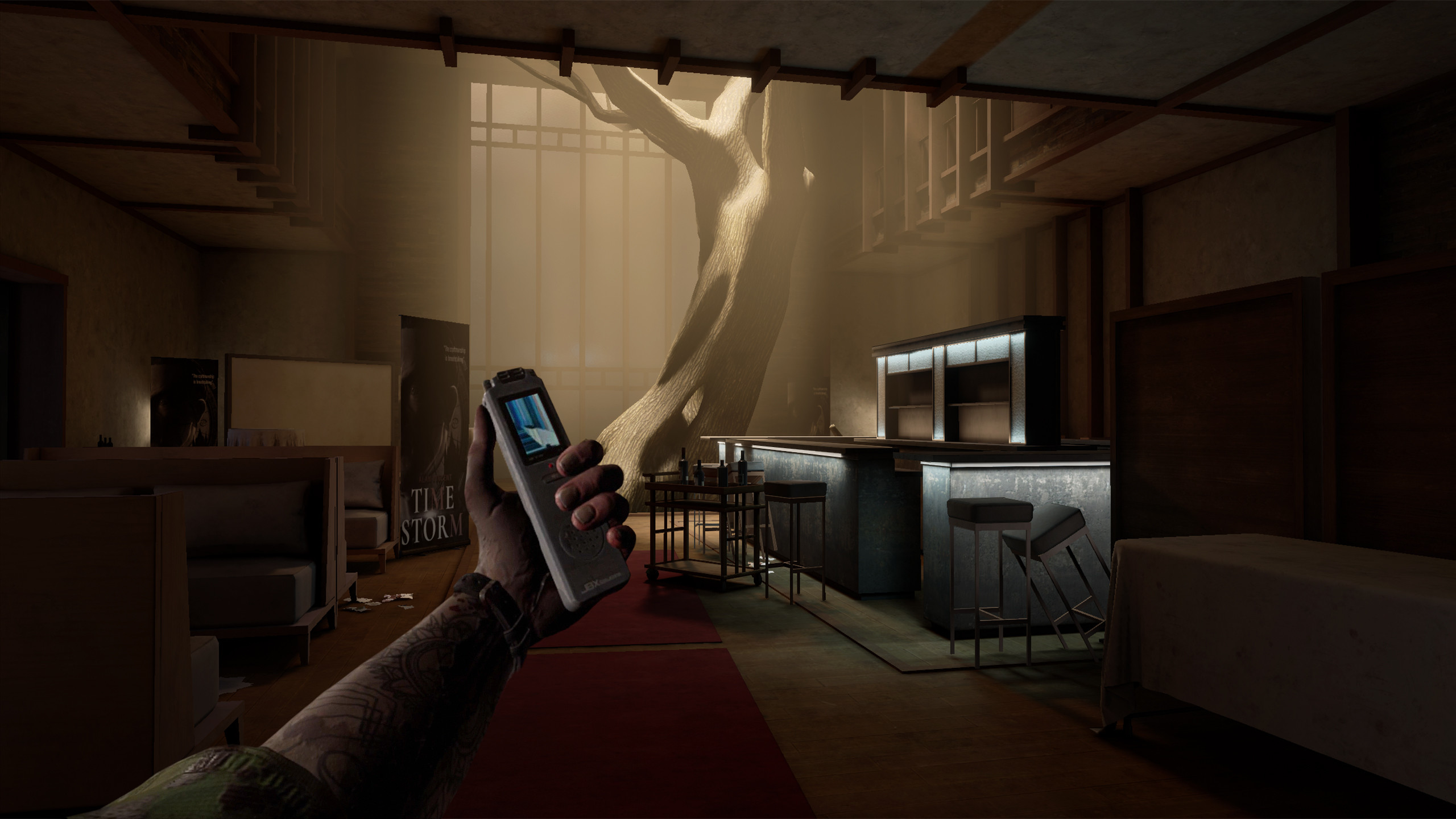 Wraith takes inspiration from SEGA’s horror masterpiece in other ways though. See, you’re not the only ghost prowling the mansion. There are other spectres of all shapes and sizes lurking within its walls, unified only by the fact that they don’t like you very much. The game is primarily about evading these hostile ghosts, throwing books and rocks to distract their attention, using the flash of your, um, ghost camera to stun them, and, er, hiding in cupboards to avoid detection.

There are two points to make about this. Overall, I think the scariness of Wraith is well-judged. It mainly focusses on building atmosphere and tension, rather than frightening you witless with jump scares or chase sequences. Obviously, getting spotted by another Wraith in VR is intense, but it isn’t heart-stoppingly terrifying like Resident Evil VII in VR is. 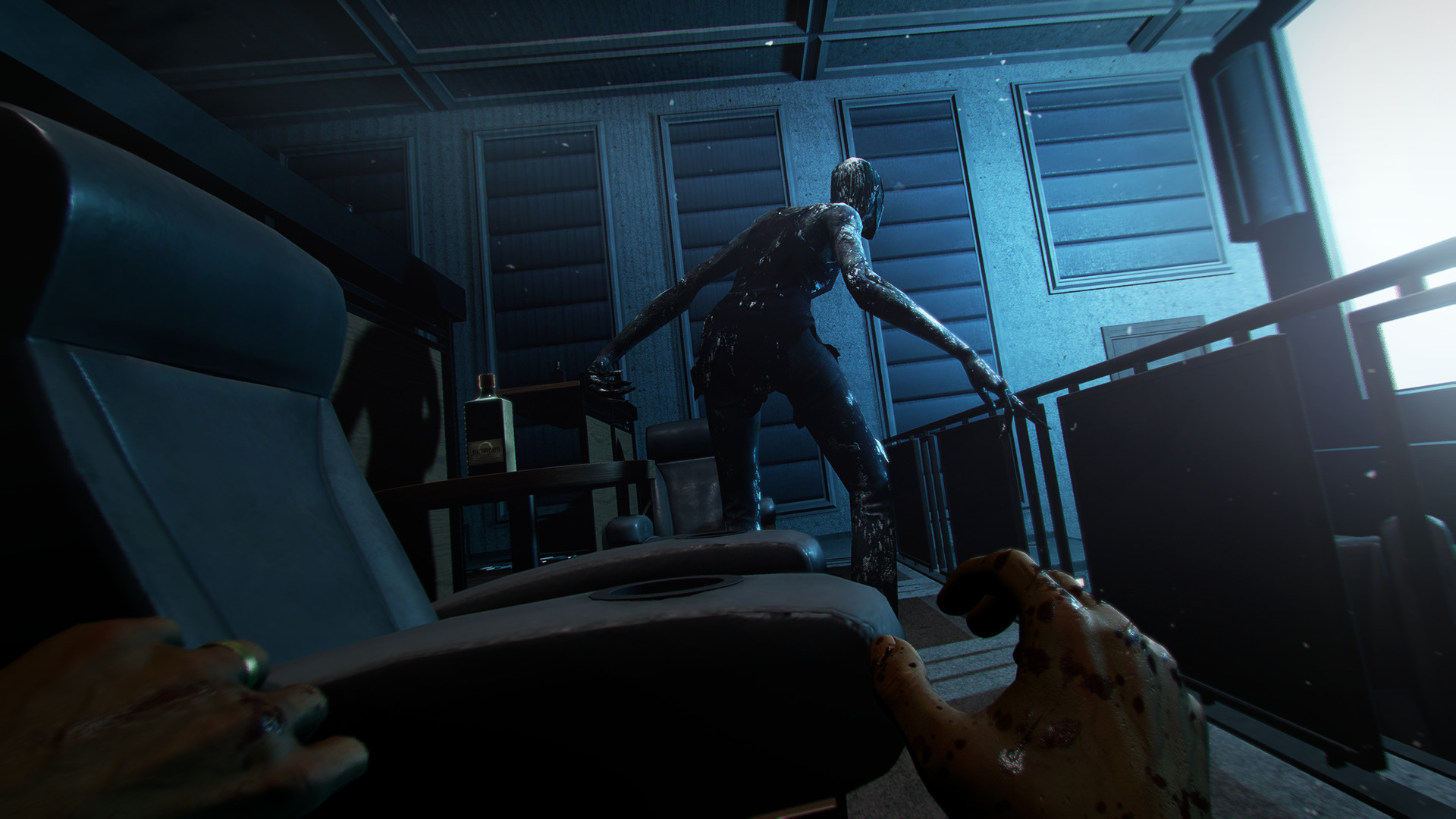 The second point is, I don’t know why this game puts you in the role of a ghost, considering that most of your interactions are fairly un-ghost like. Either the game should have you play as a regular human investigator, or it should try to make more of your ghostly abilities.

There is one neat supernatural idea that it has. For navigation, rather than placing an object marker on your screen, you instead “feel out” where the next objective is by raising your hand and pointing it until your arm glows and you feel your touch controller vibrate. It successfully conveys that spectral notion of being drawn to a location by some unseen force, and it’s the one area where the mechanics fit perfectly with the theme. There is a practical problem with this, which is that playing with your arm held out is physically tiring. But you only have to briefly point to get your bearings, which is not that much to ask. 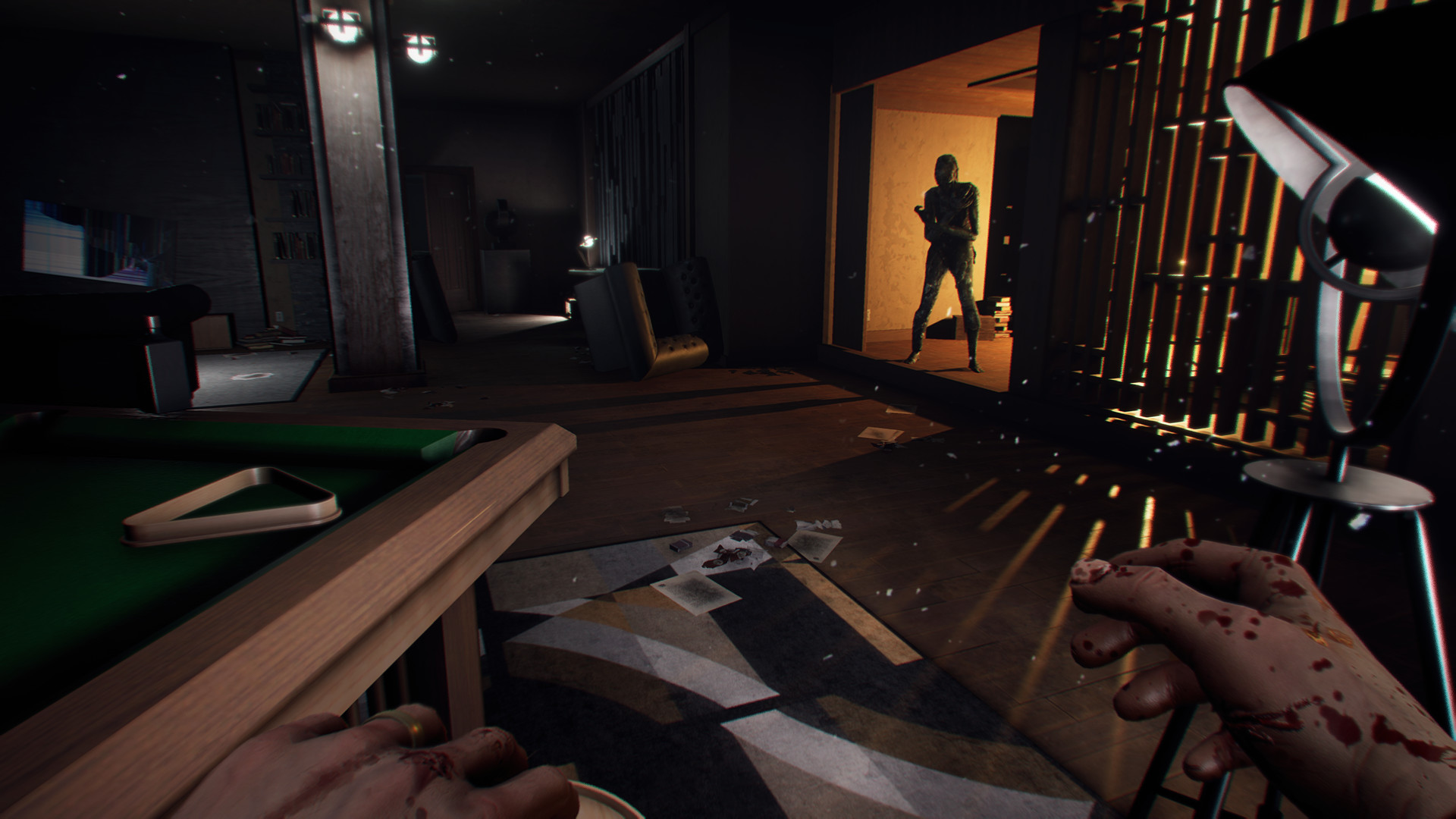 Ultimately, I think Wraith is a decent effort from developer Fast Travel Games. I wish it made more of its ghostly premise, while both the environments and storytelling could be improved. But it balances spookiness and intrigue well, and doesn’t resort to cheap scares as so many other games would. For that, I think it’s worthy of a recommendation.