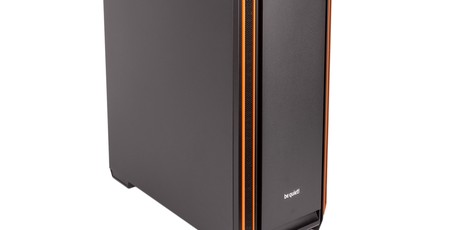 It’s not only the front panel that’s easily removed; each side panel is released via a button at the back of the chassis. This is easily one of our favourite features of the case, and if you like to tinker, it will be one of yours too. The panels are held very securely when locked in yet released instantly when you need access to the insides – what more could you ask for? 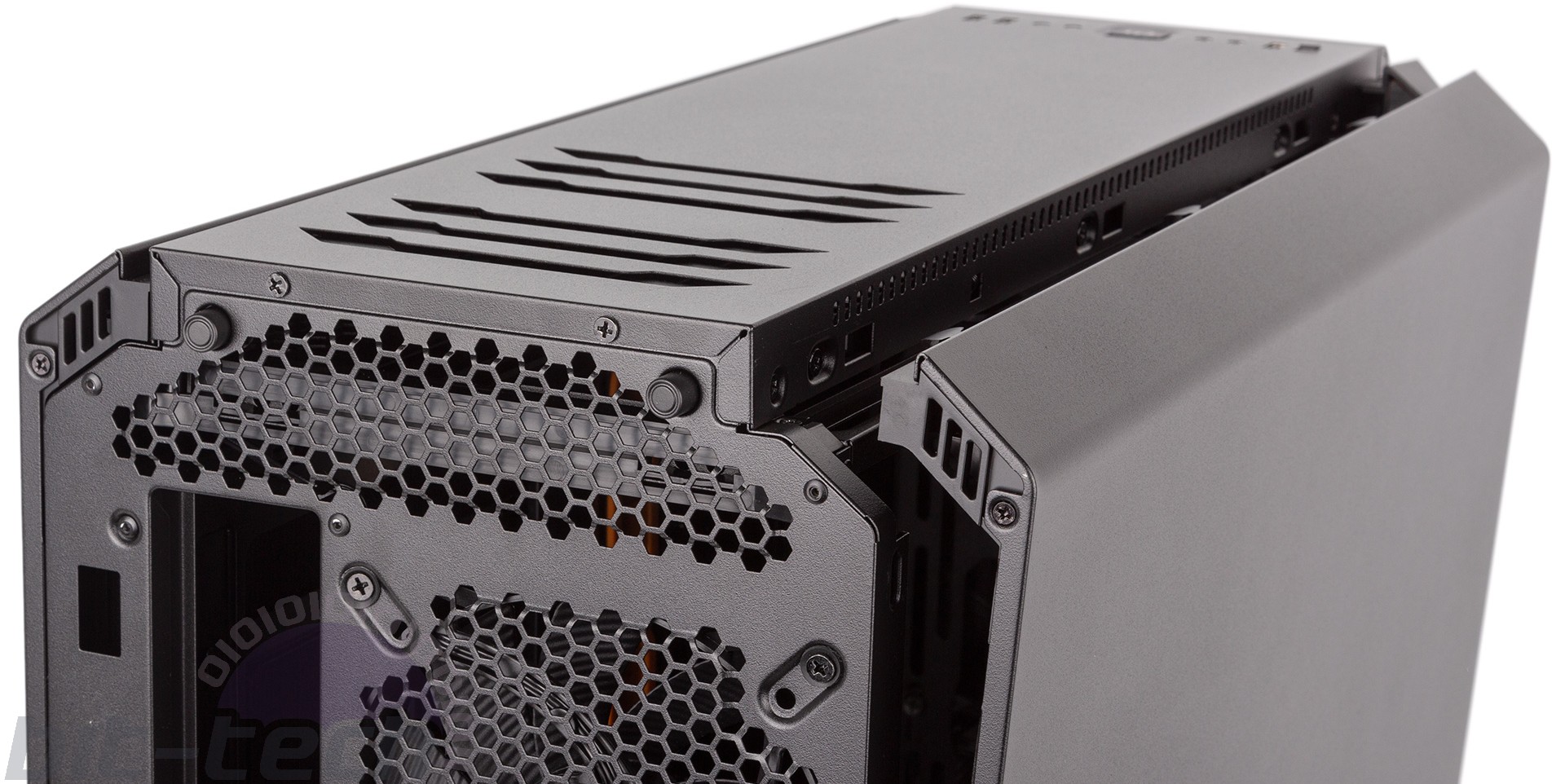 Inside is a standard 2018 mid-tower case design featuring a full-length PSU shroud slicing the case in two. Pre-installed motherboard mounts, including a raised central one, and PCI bracket thumbscrews make installing core hardware a breeze. Expansion slots designed for vertical GPU mounting are present; presumably accessories to actually install a GPU like this will be made available separately, as none are supplied. 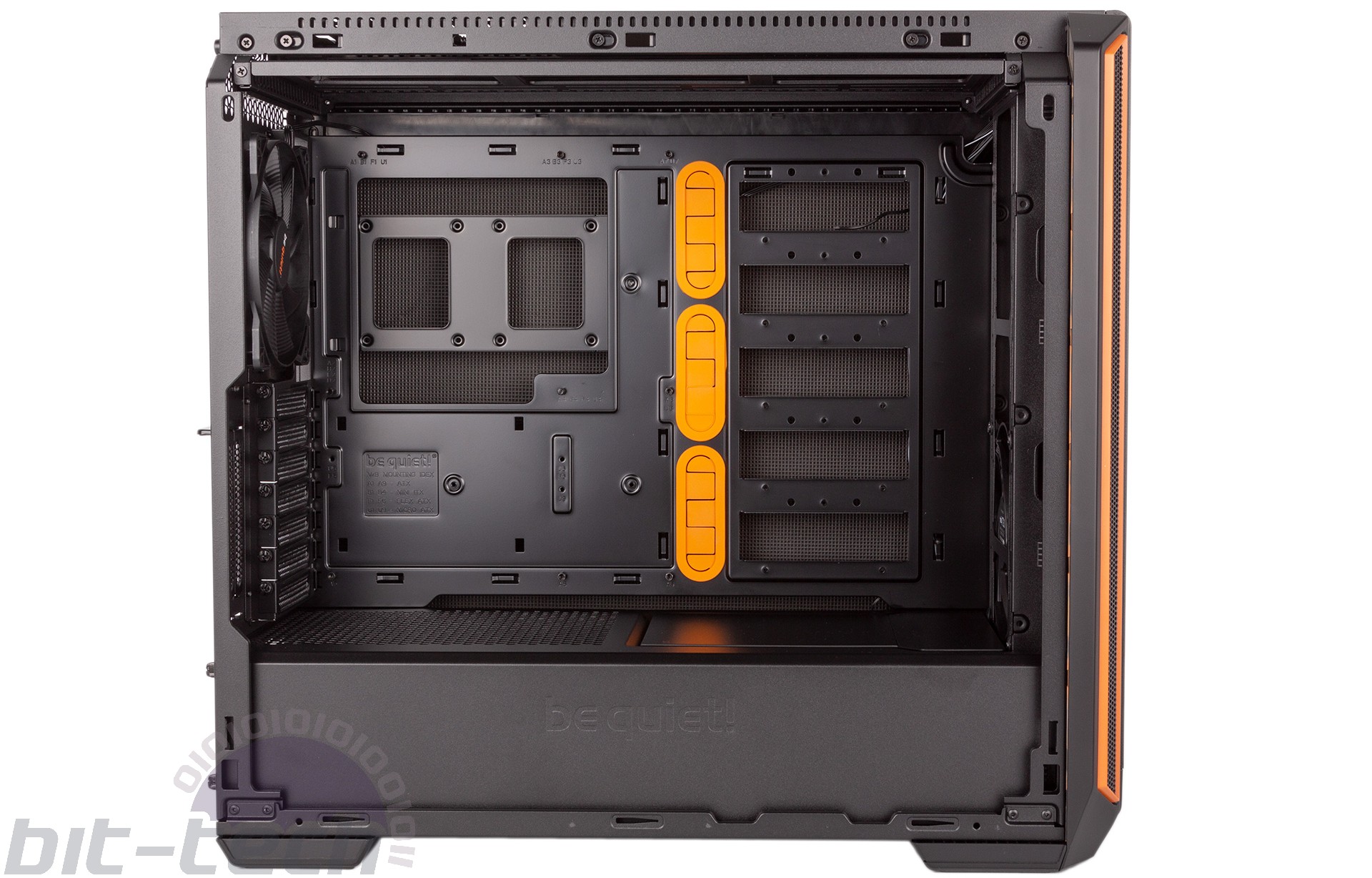 The main section of the PSU shroud is perforated, and then towards the front you’ve got two removable plastic panels. These are a bit awkward to remove and refit, but the idea is to make way for front radiators, extra airflow, cables, or even an internal fan. This is all well and good, but we do wish there was a dedicated PCIe cable hole cut into the shroud.

The power supply itself slots into position from the rear using a dedicated bracket. Pleasingly, this is aligned with foam where it meets the PSU, and the unit itself then sits on a series of thick rubber pads – another little detail to help combat noise.

As is commonplace, a two-bay HDD cage is fitted beneath the PSU shroud near the front. This is released with three thumbscrews, and the mounting points for 3.5” drives are rubberised for reasons that should by now be obvious.

Two 2.5” drives can also be installed in the lower cage, but Be Quiet! has included dedicated mounting points for another pair of SSDs on a metal bracket affixed to the rear of the motherboard tray, and this too is easily released via a single thumbscrew. 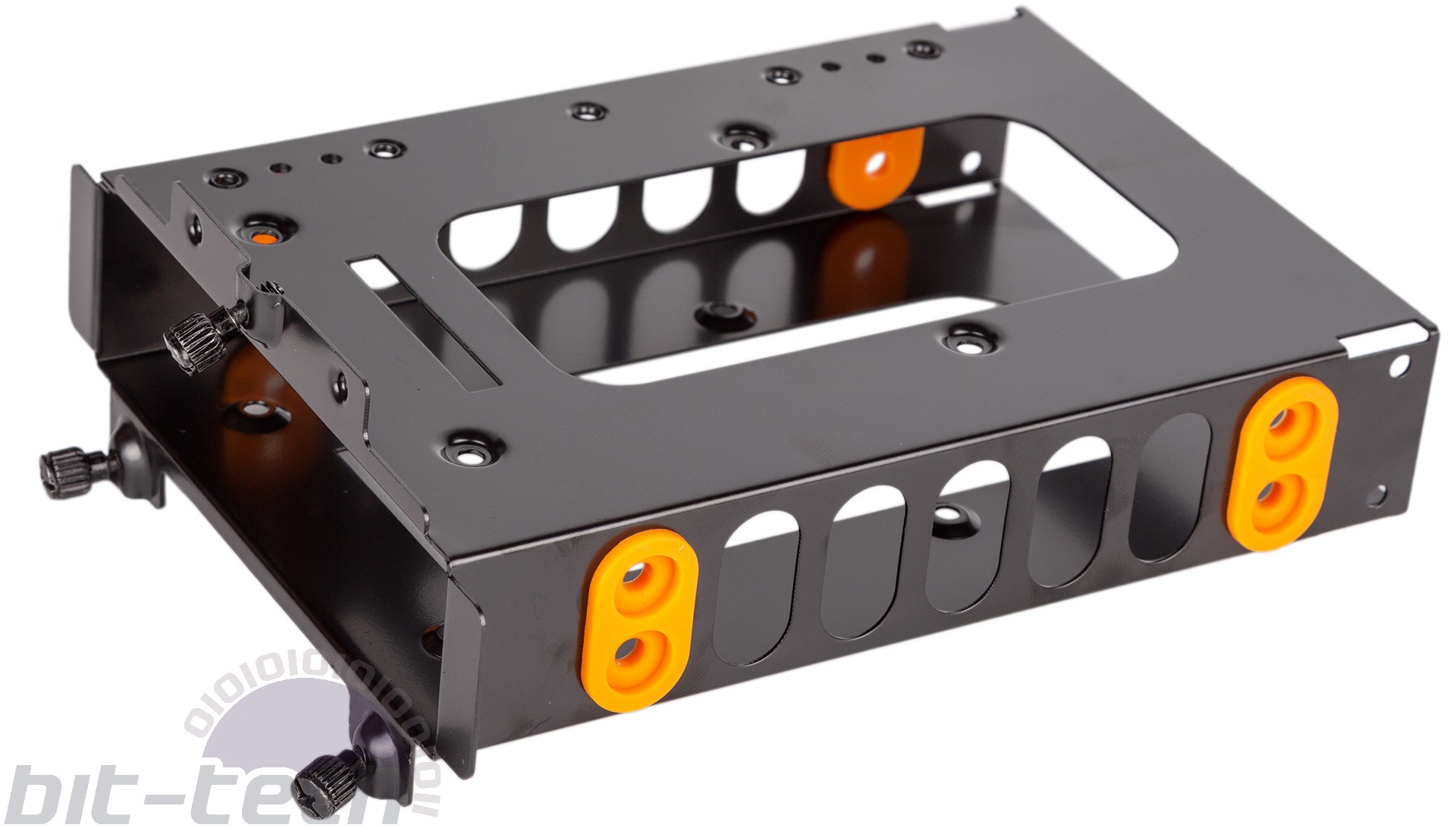 One additional HDD caddy is included in the accessories box, and this can be installed in the primary chamber using any of the five pre-cut slots. The metal caddy can house either one HDD or two SSDs, and users can purchase extras to fill out the remaining slots, giving the Silent Base 601 a maximum potential of seven 3.5” HDDs or 12 2.5” SSDs in addition to the two dedicated 2.5” mounting points – in other words a whole lotta storage. As a side note, users who buy the tempered glass version will have blanking plates installed over the empty HDD caddy mounts, which is a neat touch. 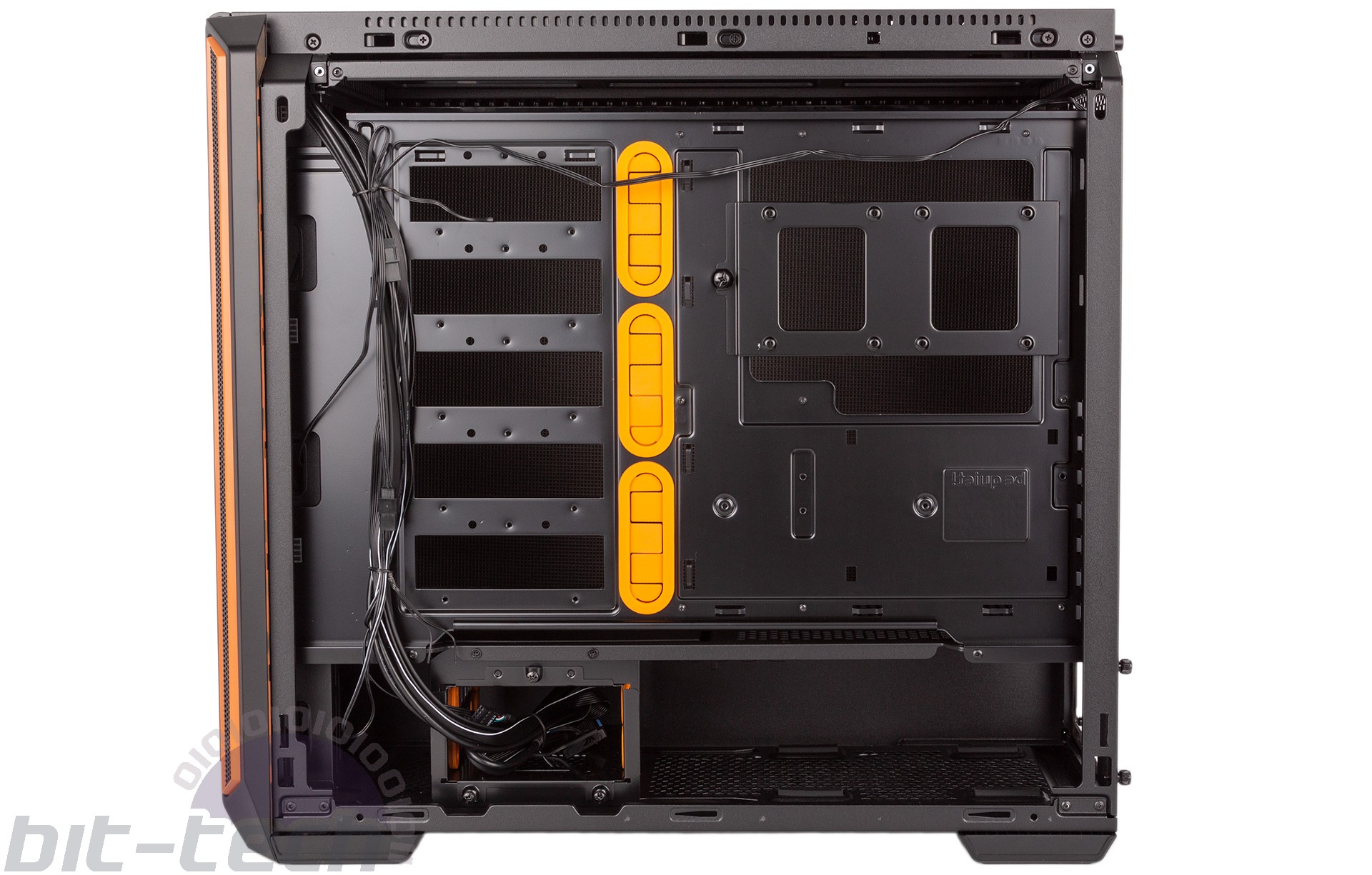 Three main cable routing holes sit next to the motherboard and are fitted with highlighted grommets that won’t come off when threading even the thickest cables though. It’s also easy to route cables above and below the motherboard. The two case fans come pre-connected to the built-in controller, all the internal cables are black, and Velcro cable ties are supplied as well. In short, it’s dead simple to keep this build looking clean.

Despite its mid-tower credentials, the Silent Base 601 has the capacity to incorporate a decent amount of water-cooling. In the roof, two screws release a detachable fan/radiator bracket onto which a slimline 360mm radiator can be installed – thick ones are also potentially viable if your RAM modules don’t conflict. The front section can support both 280mm and 240mm radiators without the need to remove the front of the PSU shroud, and assuming you have no extra HDDs installed, full-thickness models will be fine. Alternatively, you can remove that front section and fit a 360mm radiator limited to just under 55mm. Be Quiet! has not incorporated any dedicated pump or reservoir mounting points, so all-in-one cooling seems to be the primary aim. 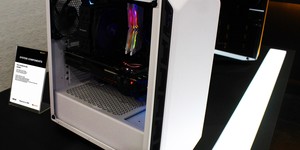 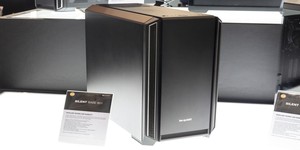