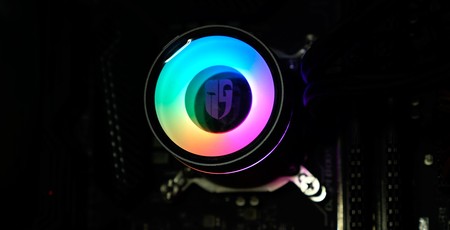 Differentiation in the all-in-one cooler market is tricky business. Performance (at reasonable noise levels) is mostly limited by the chosen radiator size, as differences in the pump design or fan blades generally aren’t going to amount to much that’s meaningful. They’re all typically as easy to install as each other, and addressable RGB lighting is common among higher end SKUs. As such, Deepcool used Computex 2019 as a means of promoting its so-called ‘Anti-Leak Tech Inside’ that features in its newer designs, including this one, the Gamer Storm Castle 240EX. 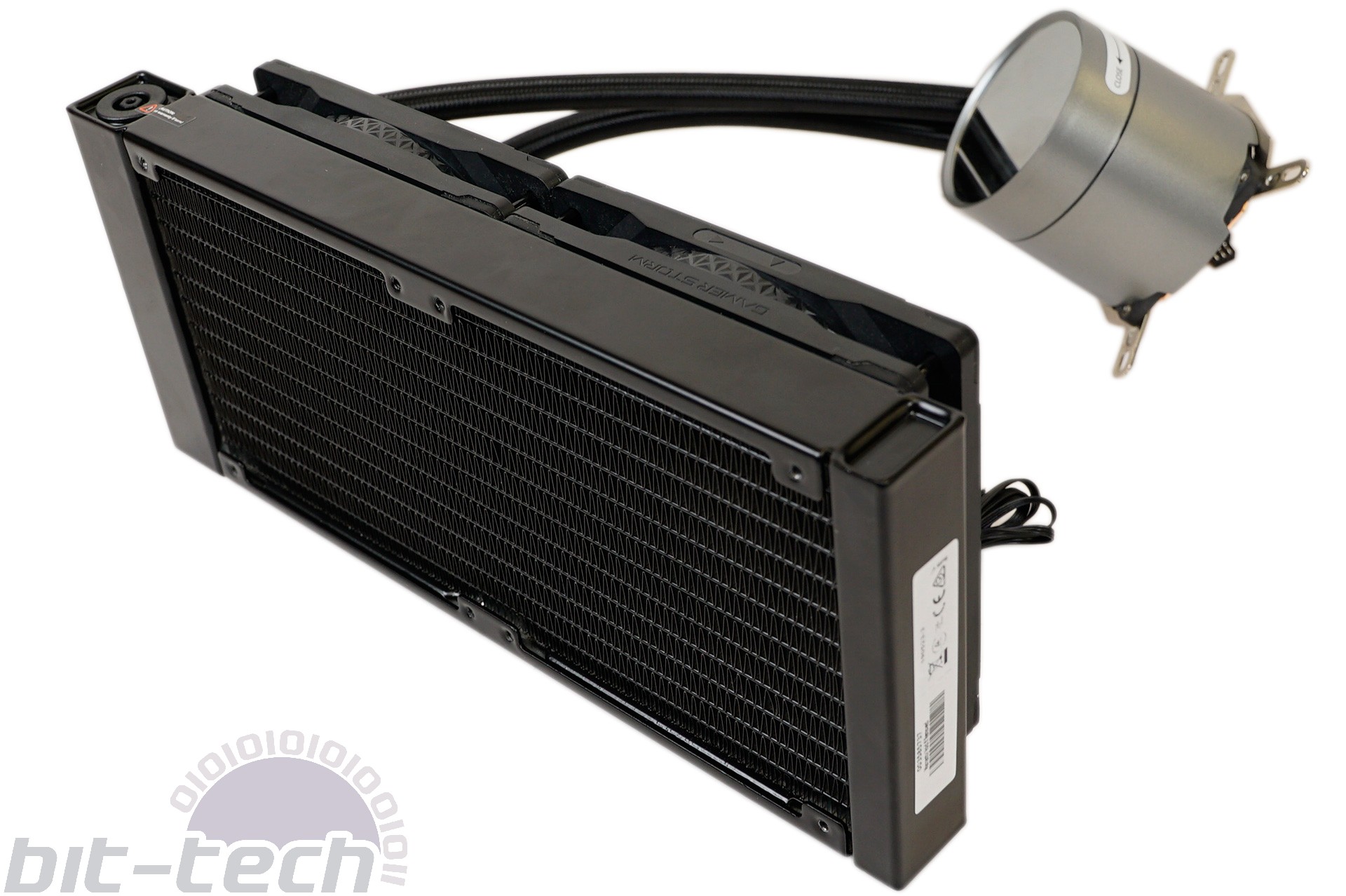 ‘Anti-Leak Tech Inside’ refers to an auto-adjusting pressure-relief bag that’s half in the coolant and half exposed to the air as a means of regulating pressure within the sealed loop. After all, the fluid inside is subjected to repeated heating and cooling in a typical system where load levels and power states vary day to day, adding and detracting internal pressure respectively. Deepcool contends that in a totally sealed system such as your typical AIO, this repeated expansion and contraction weakens the sealing materials and raises the chances of a leak further down the line. Although horror stories with AIOs are rare, they do happen, and DeepCool’s technology should in theory reduce the rate of failure, although knowing for sure is impossible without proper comparative data of RMAs or failure rates. 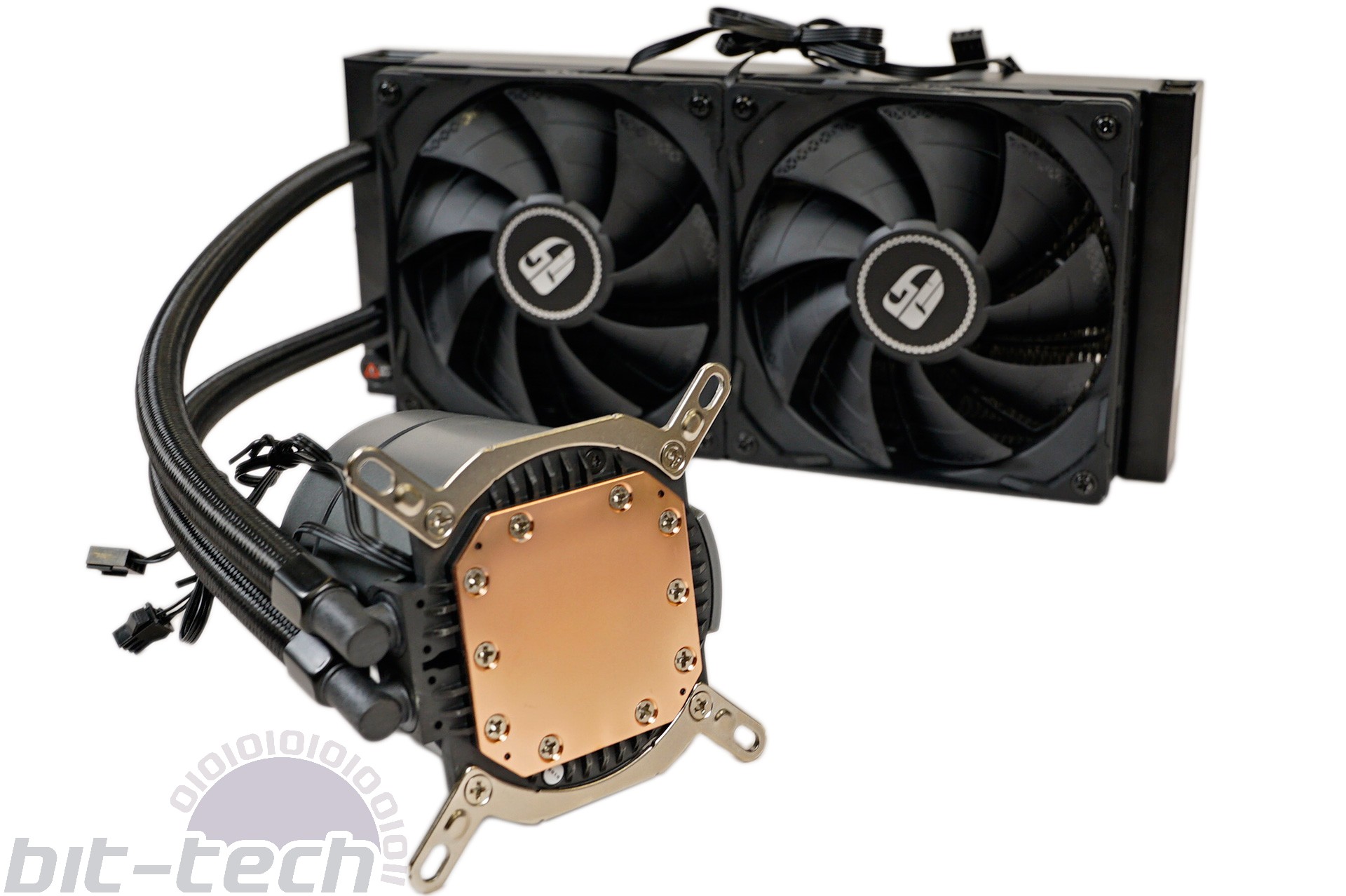 Elsewhere, it’s business as usual. As the name indicates, this is a 240mm-based solution. The aluminium radiator is decidedly slimline at 27mm, so most cases these days will be able to house it, although the pressure-relief device adds a little more length than would otherwise be needed.

The supplied fans are custom-tuned TF120 S models with nine blades and an all-black design. They’re PWM-enabled, and Deepcool supplies a splitter cable to save you a fan header. Neither this nor the fan cables themselves are braided, however. One feature we do like is the rubberised corners, as these should help with reducing any vibration noise. They are expected to be available to buy in the UK as standalone models on 21st September.

The tubes have a good quality braiding, and we feel they are just right in terms of thickness too. They are highly resistant to kinking but easy to manoeuvre. 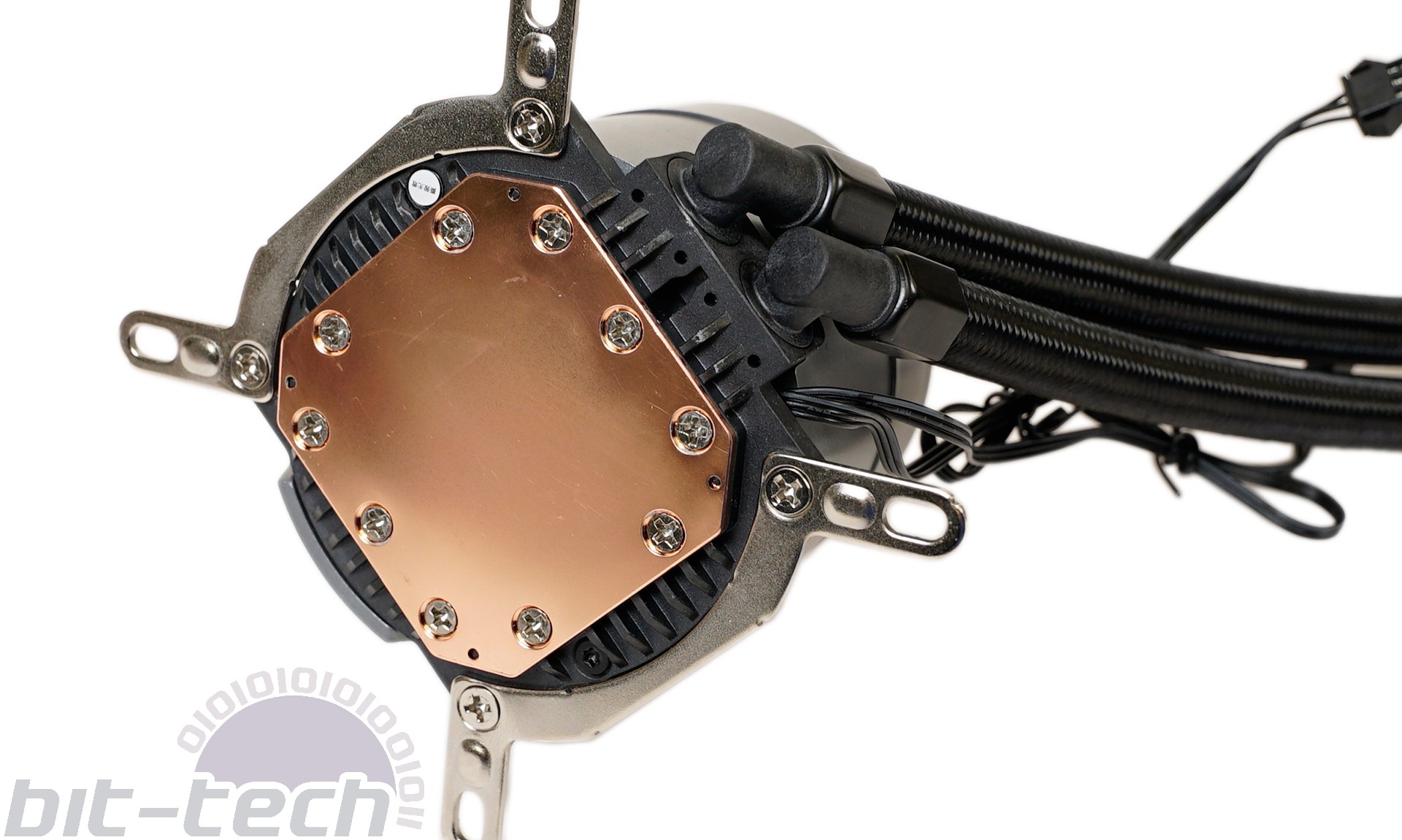 The pump unit is relatively tall, and the copper baseplate is on the large side – the cooler supports Socket TR4 out of the box. Thermal paste is pre-applied, and the amount is sensible, but you don’t get any extra, so you’ll need some to hand should you ever need to remount it. Deepcool says it is now using 25 percent extra skived fins on the reverse side (where the coolant hits), which means more exposed surface area – generally a good thing.

The transparent pump unit top gives you great visibility of the addressable RGB lighting inside, the quality of which is really rather nice. There’s also an external ring of RGB light which further adds to the attractiveness.

You get labelled cables to help you hook it up properly to your chosen motherboard brand; alternatively, a SATA-powered controller lets you cycle through a bunch of colours and effects. It’s plastic and cheap, but it does what it needs to. 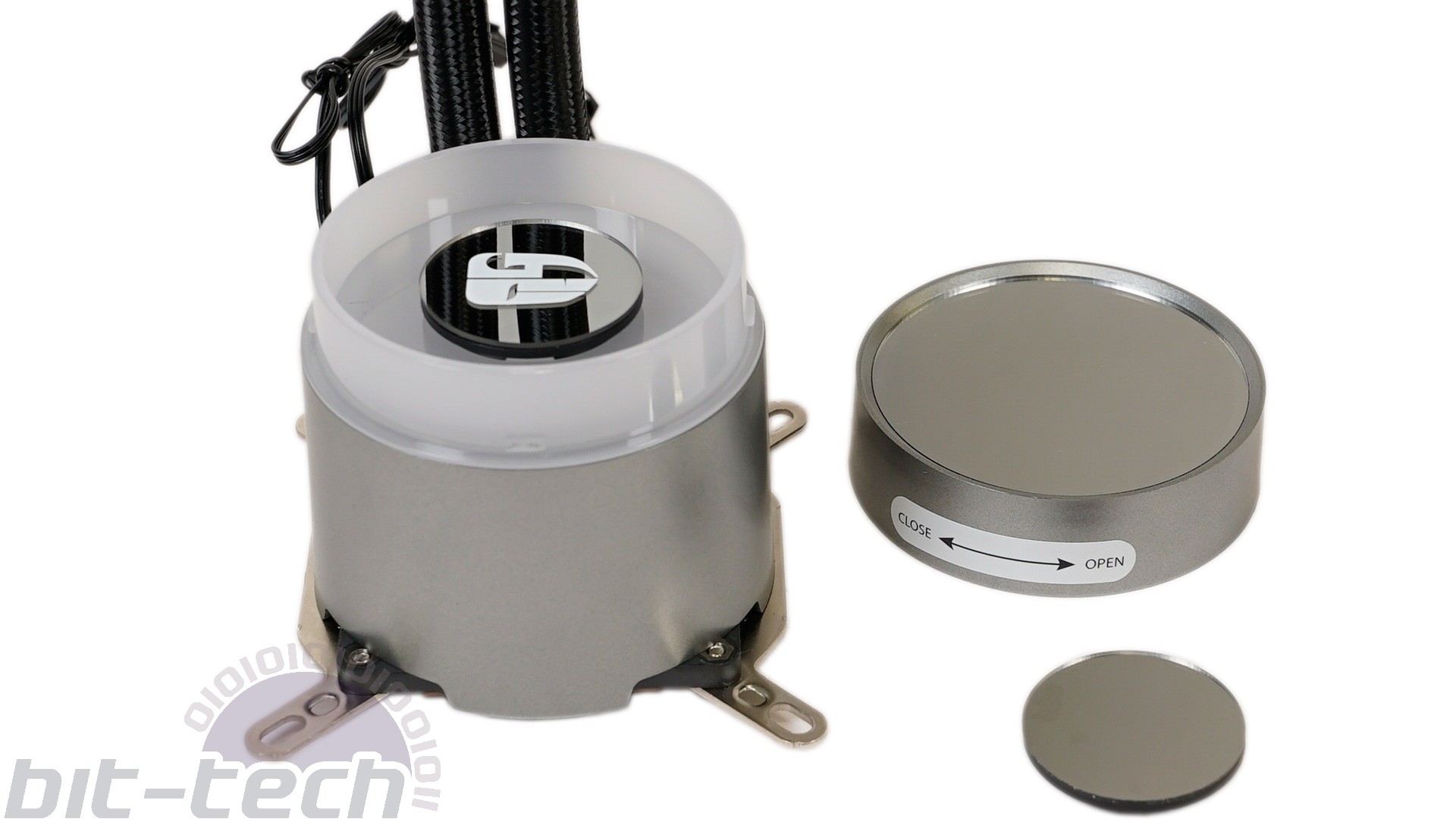 Another aesthetic design tweak is the removable logo cap inside. The top simply twists off, and the logo cap can then be popped out easily. The default Gamer Storm one can be swapped to a supplied blank one which you can customise should you wish. It’s also handy that the design allows for rotation so you can match it to the cooler’s orientation.

We tested this cooler on both Intel LGA 1151 and AMD Socket AM4. The mounting process isn’t spring-assisted, sadly, but it is nevertheless very easy for both sockets, and we’ve no real complaints in this department other than the lack of additional thermal paste. 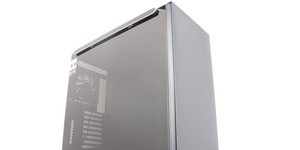 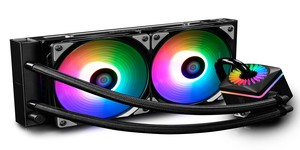