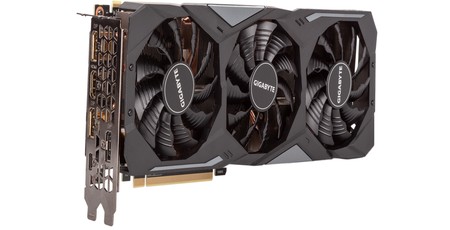 As manufacturers come around to the idea that RGB is pointless or at least very questionable without a neutral backdrop to act as a “blank canvas”, components are starting to become pretty uniform aesthetically speaking. The first wave of Threadripper boards were quite an obvious indication of this, and now the same is coming true for graphics cards. Take the RTX 2080 Ti Gaming OC from Gigabyte here, for instance, and compare it to the RTX 2080 Duke OC from MSI or the RTX 2080 Ti Amp Edition from Zotac. Still, skin-deep similarities do not mean much, so it’s worth seeing what features partners are bringing to the table for the RTX cards, especially as the new generation of Founders Edition cards are themselves very respectable. 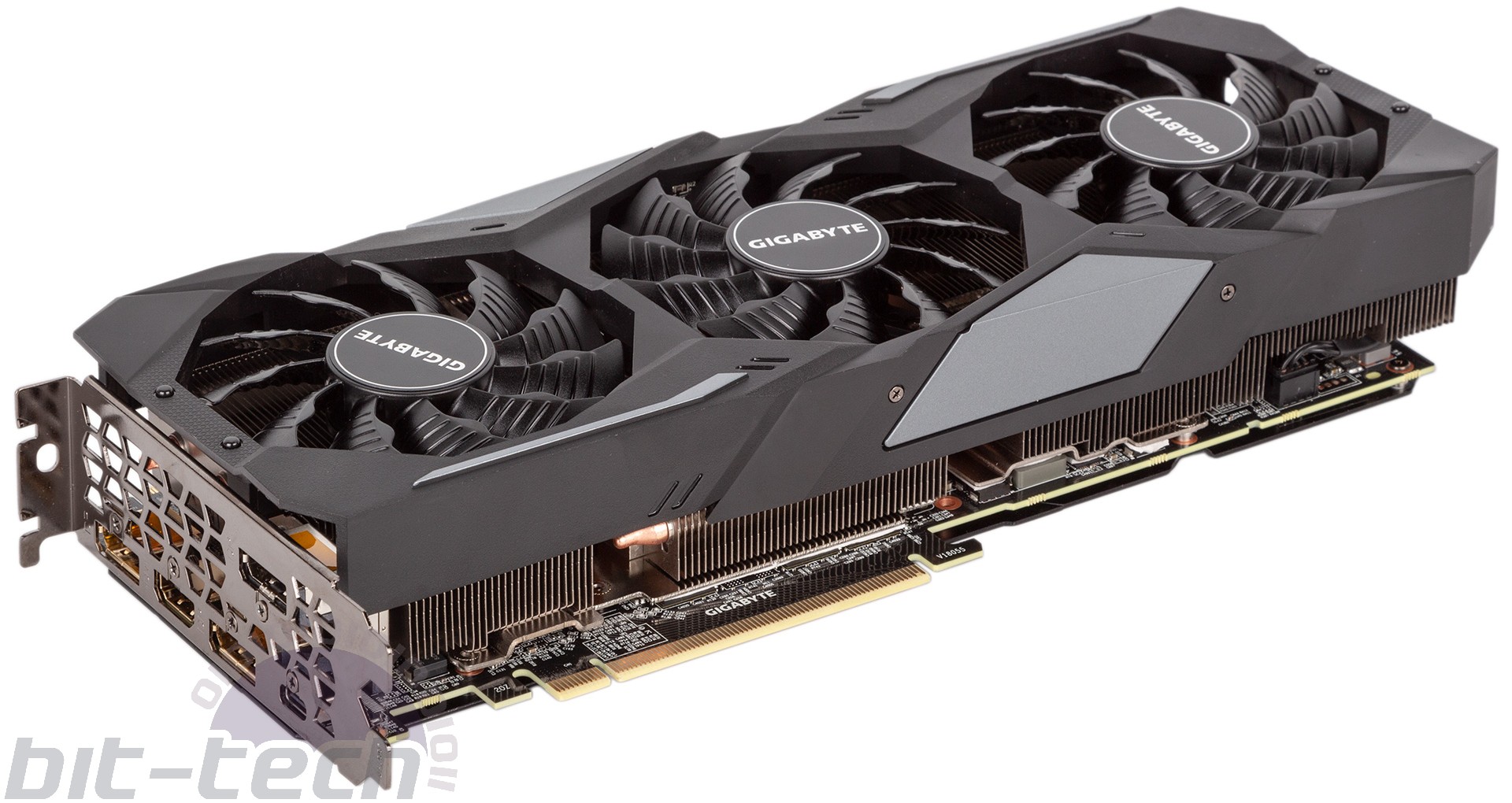 This is currently Gigabyte’s most premium GPU, as it is the higher specced model of the two RTX 2080 Ti cards in its lineup. Like many RTX 2080 Ti cards, stock for this SKU is very thin on the ground, with the vast majority of stores only accepting pre-orders at the time of writing, and prices could easily vary at the same store by £100 or more within a day or two. As such, we've fallen back on the MSRP, which is £1,099 i.e. the same as the Founders Edition (also out of stock). This puts it £100 above the MSRP for reference boards, but most MSRPs are pretty meaningless for this GPU right now. Regardless, for £1,100 it’s really a shame not to see an all-metal shroud, with Gigabyte instead relying as usual on plastic. Now, it is solid enough, but it feels like a pretty standard graphics card next to the premium craftsmanship exhibited by the FE cards. The metal backplate, meanwhile, is certainly welcome, but it’s plain and unexciting and you don’t get a matching cover for the NVLink SLI connector either.

The cooler extends the card’s length beyond the PCB edge a little to a total of 287mm, which actually isn’t that long by today’s standards, though this overhang is not covered by the backplate. It’s a 2.5-slot design (triple-slot, effectively speaking), but the height of the card is standard. No anti-sag mechanism is supplied, though it doesn’t need it as much as some even bulkier cards do.

As you would hope, the RTX 2080 Ti Gaming OC comes with a factory overclock. Specifically, the card ships with a boost clock of 1,650MHz, a mere 15MHz more than the FE but 105MHz more than any cards that happen to have reference clocks. With software, you can activate the card’s OC Mode, which raises the boost clock to 1,665MHz, but this is not how the card runs out of the box. As usual, the 11GB of GDDR6 memory is left at the default speed of 14Gbps in both modes.

The display connectors here are in keeping with the reference design, and more than suitable for a premium GPU in 2018.

Likewise, the dual eight-pin PCIe plugs are what you get on reference and Founders Edition designs. Combined with the PCIe slot, you get 375W of peak available power, so there’s no need for anything more. The plugs are top-mounted and easy to access, and there are white LEDs that will blink in case of abnormal power supply; when everything is okay they stay off. A cable that converts two six-pin PCIe connectors to one eight-pin PCIe plug is supplied, and the cabling is all black for a consistent finish.

Also along the top edge is the singular area that gets treated to RGB lighting, the Gigabyte logo. This is supported by the RGB Fusion ecosystem, although when we tried it on our system we were only able to pick a static colour, and the “off” functionality refused to work. It’s advertised as supporting extra colour modes, so we suspect this is a software bug.

The Windforce 3X cooler uses three 11-blade 82mm fans, with the central one spinning in the opposite direction to the other two, which Gigabyte claims reduces turbulence, the idea being that where one fan edge meets another, airflow will be in the same direction rather than opposing. The fan blades have a triangular edge to “split” airflow, while grooves on the outer surface are designed to guide the air down in an even spread. The fans also support switching off under a certain temperature, so you can expect silence when the GPU is idle or under low load only.

The cooler itself relies on six 6mm copper heat pipes. Sadly, these do not have a nickel coating, but that’s more of an aesthetic bonus. They all make direct contact with the GPU and twist and turn in order to feed the three separate aluminium fin stacks. Additionally, contact plates that are bonded directly to the fins ensure that all VRM components and memory packages are directly cooled via thermal pads, which are also used to help dissipate some heat to the backplate.

The PCB is pretty much a clone of reference models that are used on the Founders Edition cards, although Gigabyte claims to have certified the chokes and capacitors on the 13+3 phase power system as ‘Ultra Durable’.

While the standard warranty with this card is three years and thus in line with the FE variant, Gigabyte allows customers to extend it to four years free of charge if they simply register the card within 30 days of purchase. 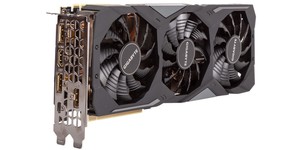 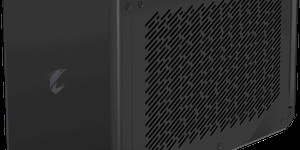