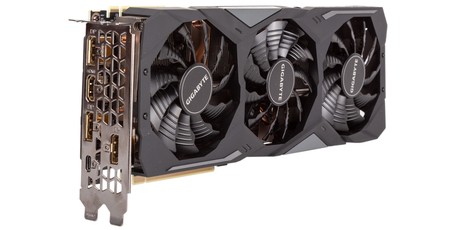 It’s been a good four months since the RTX 2080 Super launched, but in all honesty nothing has really changed since then that affects its position in the market. While the launch of Navi successfully humbled Nvidia into significant price revisions when launching the RTX 2070 Super and RTX 2060 Super, the RTX 2080 Super remains without real competition from AMD, meaning it enjoys a much greater degree of freedom when it comes to pricing. The performance bump it offers over the RTX 2070 Super (and RX 5700 XT if you exclude ray tracing from the equation) is nowhere near enough to justify its ~£700 pricing, but the market is evidently tolerating it, and for users happy to spend substantially more than £500 but also a fair deal less than the £1,000 admission fee to RTX 2080 Ti, RTX 2080 Super is the only viable choice.

It’s at those lucky enthusiasts, then, that this review is aimed at. Our primary buying advice is to consider the superior value offered in the £400-£550 graphics card market, but if you’re already set on the RTX 2080 Super following the reasoning above, the next question is which one? After all, the Founders Edition is a very solid card by basically any measure, and it remains in stock for £689 at the time of writing, meaning board partners like Gigabyte need to strike a balance of adding value through worthwhile features without the price skyrocketing. We’ve already seen it do just that with the RTX 2060 Super Gaming OC, so let’s hope the same can be said of the RTX 2080 Super Gaming OC.

Below is how the card compares to the Founders Edition. Note that there are two different revisions of this product listed on Gigabyte's website, but they share the same product number and key specifications, so we do not expect the difference, whatever it may be, to substantially alter performance in any metric. This is also true of the white version.

A common method of differentiation for board partners is a factory overclock, but that’s not easy with RTX 2080 Super. Along with the Quadro RTX 5000, RTX 2080 Super is card with the highest default clock speed of any part based on the TU104 GPU. As such, while Gigabyte’s 30MHz Boost Clock increase equates to less than two percent, even the fastest versions of this card cap out at 1,875MHz on air.

The memory is left entirely at stock speed, though remember RTX 2080 Super still has the fastest GDDR6 memory speed of any part on the market at 15.5Gbps, so this isn’t that big a deal.

The default power limit of 250W is also maintained, and there is no additional OC Mode or a secondary BIOS to push things a tad further. The default eight-pin/six-pin power plug combination is thus sufficient and gives the card a maximum theoretical power limit of 300W. Small LEDs next to these plugs will blink if there’s a ‘bad’ power connection, which might aid troubleshooting in a handful of cases.

Physically, the card is longer than a Founders Edition but still under 300mm and thus a comfortable fit for most cases. It’s also thicker, pushing it into triple-slot territory, though even this isn’t a big deal these days unless you’re mounting vertically in case with poor ventilation around the side panel. 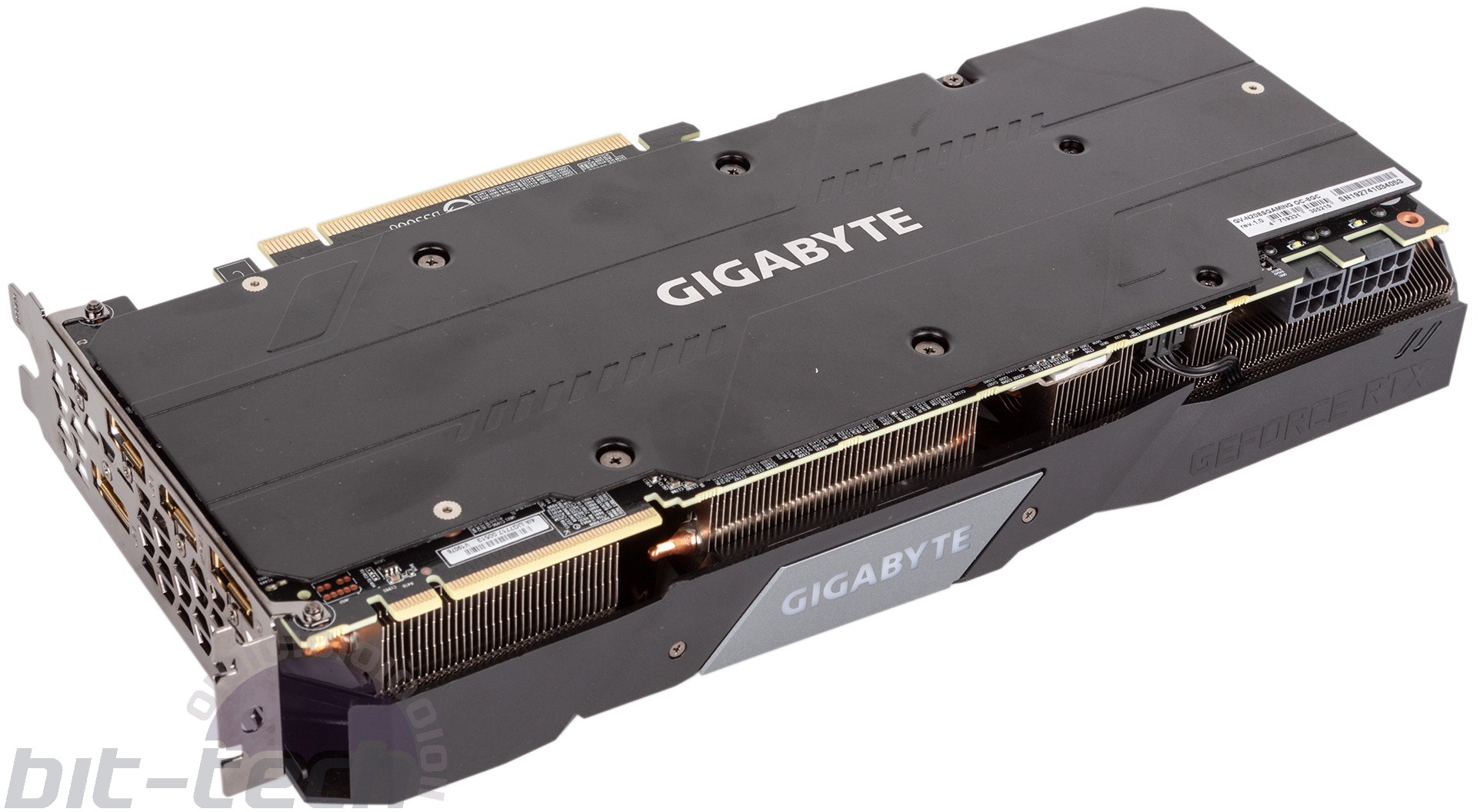 Gigabyte has gone with a colour-neutral aesthetic with blacks and greys on the plastic shroud and an all-black backplate, which makes sense in this RGB-dominated world. Note, however, that the heat pipes are partially visible and copper-coloured. Build quality is fine, and the top Gigabyte logo is RGB-illuminated and controllable through RGB Fusion 2.0 software. Hardly an all-singing, all-dancing rainbow light show. then, but a feature ticked off the list nonetheless.

The full set of reference display outputs is maintained, including the USB-C port with VirtualLink support, so a nice bit of future proofing for those interested in VR.

Gigabyte puts the extra size to use by including three 82mm fans on its cooler. These spin in alternate directions (middle opposite to the other two), supposedly as a means of reducing turbulence, though the fan frame that divides them should do this anyway. The open shroud will see most heat recycled within your chassis. A feature Gigabyte calls ‘3D Active Fan’ is simply a semi-passive fan mode whereby the fans switch off when the GPU is deemed cool enough. This is not something the Founders card has.

The card is easy to disassemble and requires only seven screws be removed. The cooler comprises six heat pipes making direct contact with the GPU via thermal paste. They’re also fed by a large contact plate that connects to every memory module via pads, though the chips aren’t quite fully covered by the plate. Pleasingly, the heatsink, which has three distinct aluminium fin stacks, makes direct contact (via pads) with all of the critical VRM components too, and the card also cannot be said to waste space. Even the metal backplate gets involved with heat dissipation behind some of the VRMs and memory modules, so we have no major complaints about the cooler design – it looks well thought out. 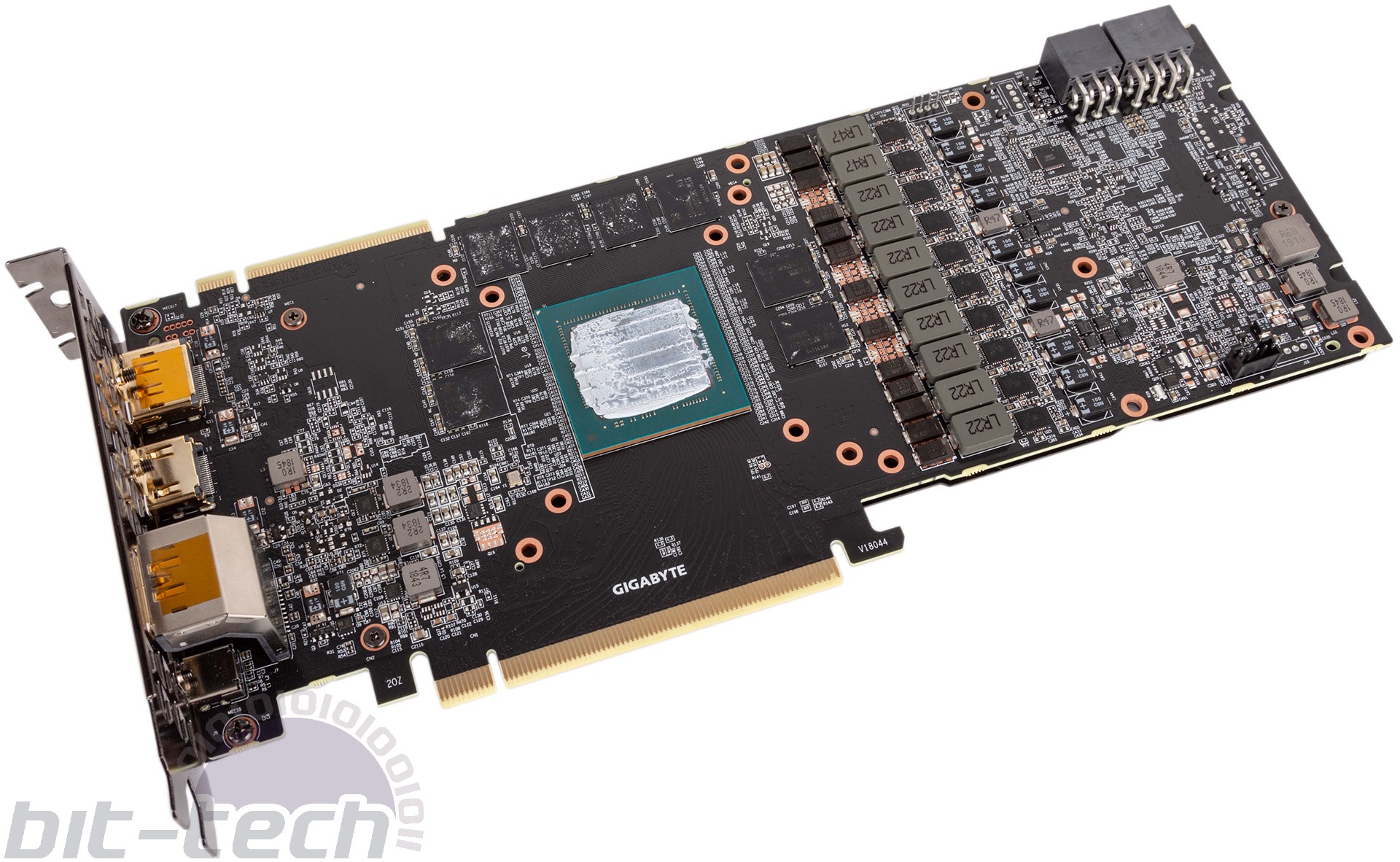 The PCB is very similar to the reference card, meaning we’re not getting any bolstered VRM or power delivery. Still, the 8+2-phase configuration is easily adequate, and the most important thing is that they’re properly cooled, and they do indeed appear to be.

Gigabyte gains another upper hand on the Founders Edition for anyone seeking a long-term upgrade, as the RTX 2080 Super Gaming OC can be registered to extend its warranty to four years – a full year longer than the Founders. 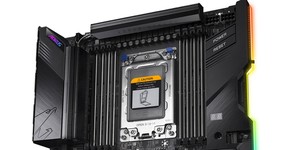