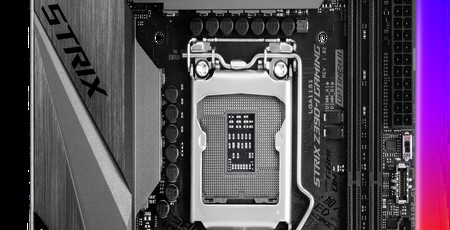 While the move from Z370 to Z390 hasn't yielded too many new features, there are one or two Z390 motherboards that are significantly more lust-worthy than their Z370 predecessors, and the Asus ROG Strix Z390-I Gaming is one of them. Sadly, we're looking at a higher price tag as a result at around £215 compared to £185 , but that extra £30 has been well spent. 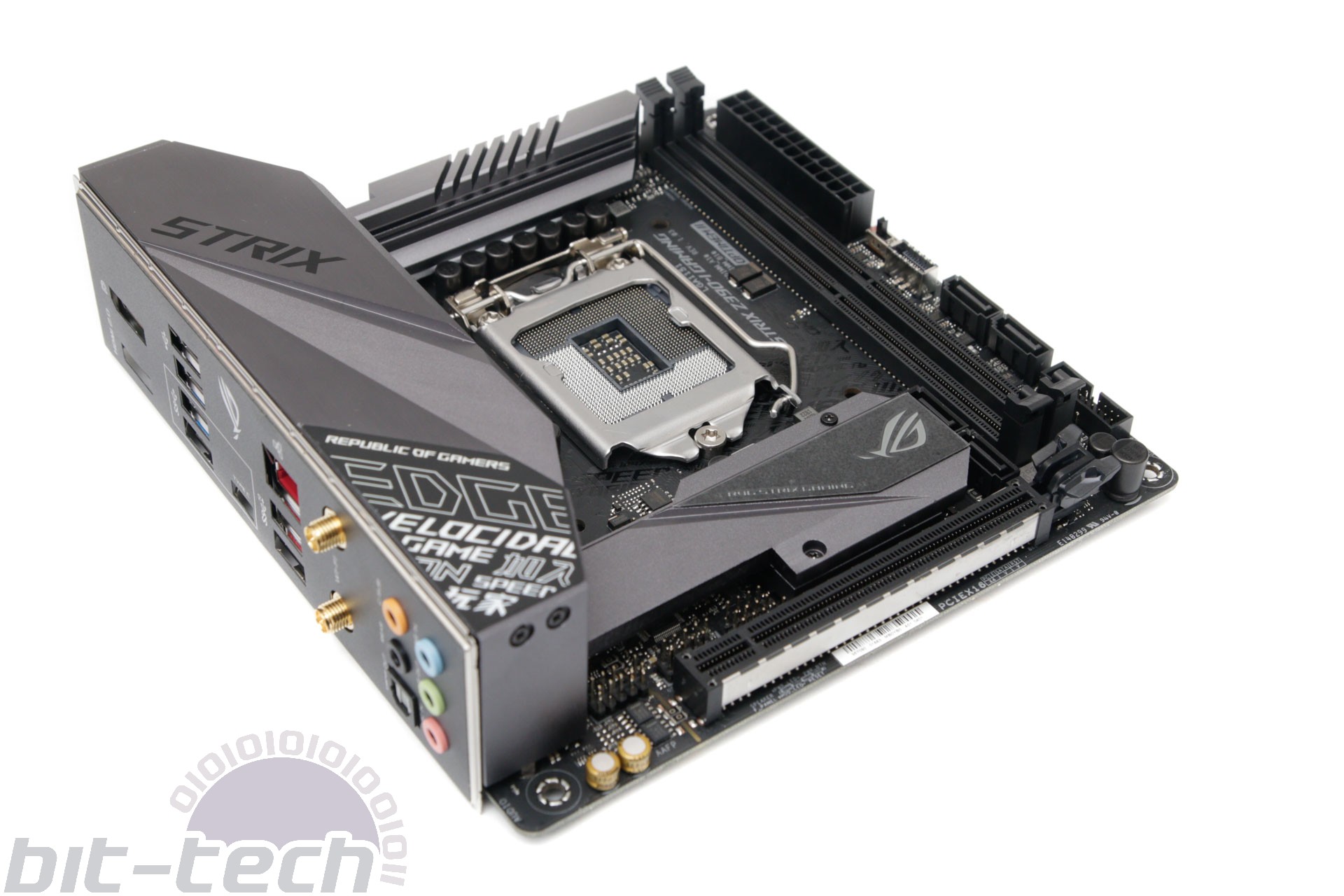 For the first time ever, we're looking at a mini-ITX motherboard with an integrated I/O shield, which looks fantastic, and unlike its predecessor the ROG Strix Z390-I Gaming has an I/O shroud too making the former look positively skinny by comparison. That shroud is an enormous three-piece solid aluminium heatsink too, which is the biggest we've ever seen on a mini-ITX board, although there's no heat pipe linking it with the smaller one that covers the top section of the power circuitry. Even so, with such a tall heatsink, this should mean that it will benefit from whatever airflow is floating around your mini-ITX case. 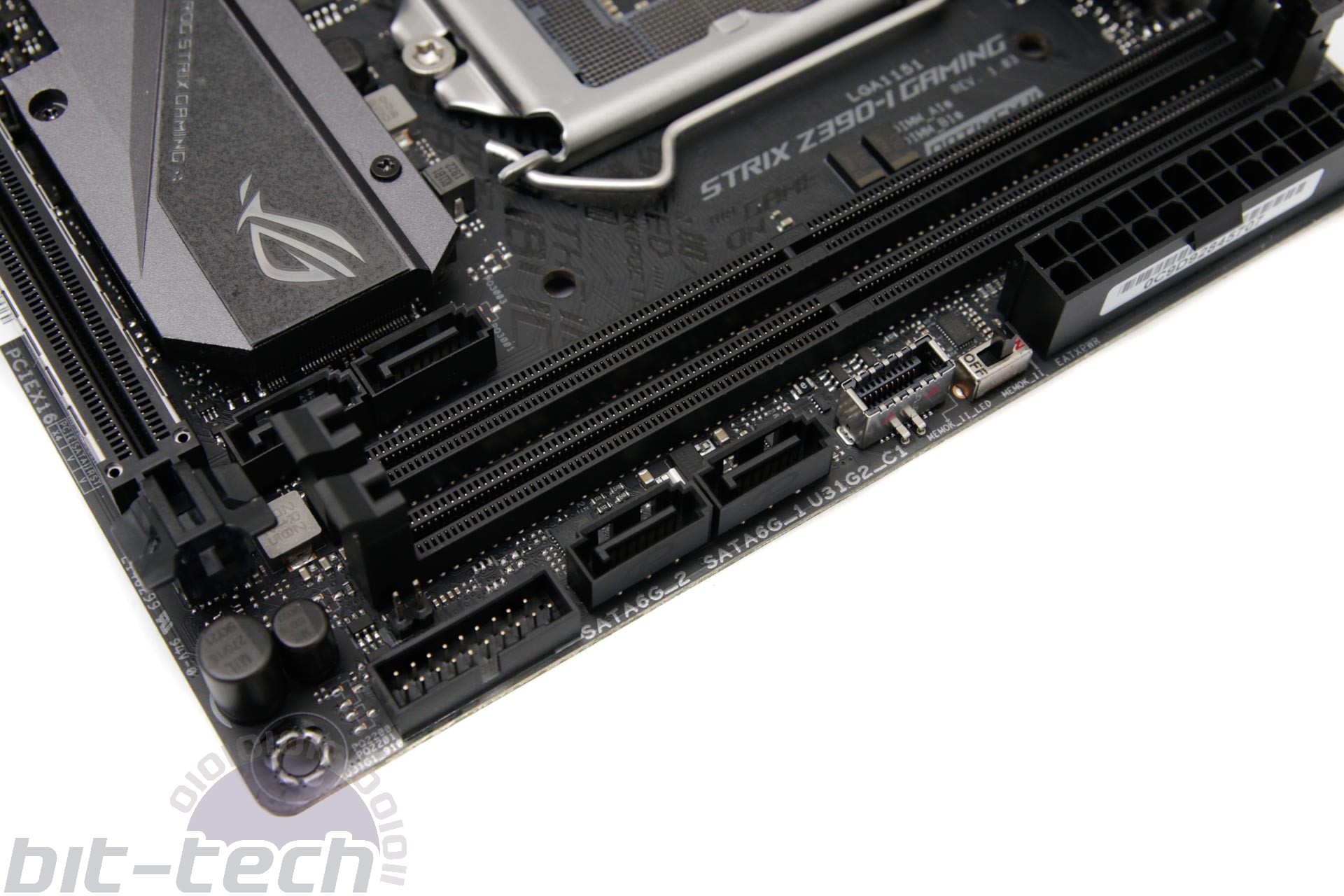 You get the usual four SATA 6Gbps ports, and next to these is a USB 3.1 Type-C header if you have a case that supports it, but for some reason Asus has only provided a USB 3.0 Type-C port on the rear panel, so you won't benefit from extra speed or power on that one. The topside, heatsink-equipped M.2 port is twinned with an underside-mounted port, and both support either PCIe x4 3.0 SSDs or those of the SATA 6Gbps variety, so it's clear motherboard manufacturers are finally offering some flexibility here if you want to mix up fast storage for Windows and games along with a cheaper SATA M.2 SSD for your data, ridding your dinky case of a bunch of unsightly, airflow-hindering cables in the process.

Both three-pin addressable and standard four-pin RGB headers are included with extension cables included in the box, and you get three four-pin fan headers. The latter isn't quite enough to cater for modern high-end mini-ITX systems, especially if you throw liquid cooling into the mix, and it's something we miss from the Impact, which of course had a fan daughterboard. You can use splitter cables, but given the extent of Asus' EFI and software-based fan control, it seems a shame to limit them to just three fan headers. 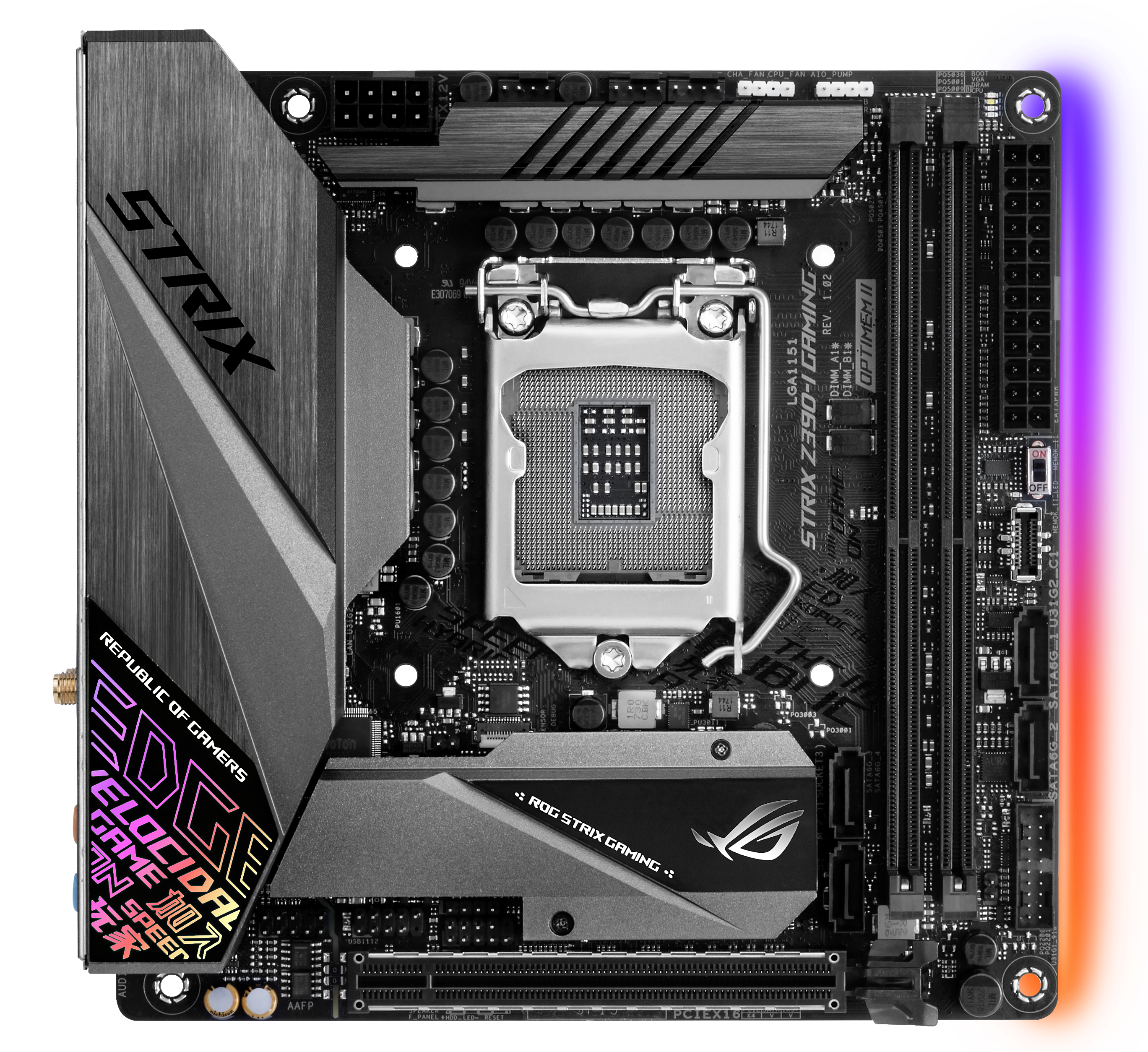 RGB lighting is relatively restrained compared to Asus boards of recent years with just the rear right side of the PC sporting a row of individually-controllable RGB LEDs, but as we mentioned there's plenty of scope for adding additional lighting if that's your thing. However, we feel the need to highlight the fact that RGB software from several motherboard manufacturers including Asus has been found to have security flaws, so until this has been patched, we don't recommend using it. This means the feature is best-left in default mode and is redundant until Asus issues a fix and until then we'll have no option but to highlight this fact in affected motherboard reviews. Till then, you're best option is to use a standalone unit to control your case's lighting, many of which sport handy remote controls too. If you plan on using an all-in-one liquid cooler that's USB-controlled, then unlike one of the board's predecessors, you do get a USB 2.0 header on top of the usual USB 3.0 header too, although overclocking and testing tools are pretty much non-existent, with neither a LED POST code display nor power, reset, and CMOS clear buttons - again, something we miss from the Impact.

The rear I/O panel offers two display outputs if you're not planning on using a discrete GPU, and you get an acceptable six Type-A USB ports spread evenly across the three current standards. The board has onboard 802.11ac WiFi too, hence the ports for the included aerials, and unlike both the X370 and X470 versions of the board, Asus hasn't opted for a raised audio daughterboard, which limited the audio ports to just three. Here, you get the full six ports with optical too, hooked up to the Realtek ALC1220-based onboard audio.