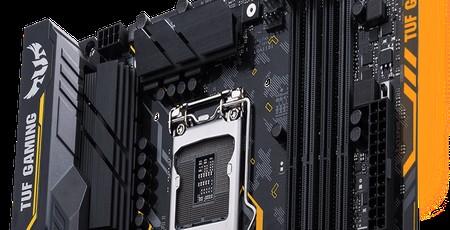 We didn't exhibit any noticeable throttling at stock speed when monitoring CPU-Zs all-core figures and benchmark results were on the whole within margins we'd expect so we had no qualms heading into the EFI to see if we could get our Core i9-9900K to that magic 5GHz. Starting at the usual 1.3V and working our way down saw temperatures way too high to start with, even with our monstrous Corsair H100i Platinum on hand. The CPU would also throttle quite quickly.

Once below 1.28V things became more manageable and we finally hit a lower wall at 1.26V with load temperatures in the mid 80's - toasty but acceptable. We should also add that you'll need to do additional fiddling to avoid throttling, specifically setting the Power saving and performance mode to the latter, which increases the CPU Core/Cache current limit as well as increasing the power limits under CPU power management - tweaks we regularly make when overclocking anyway. Simply plumbing in a vcore will otherwise result in the CPU throttling back fairly quickly. However, once tuned the board was happy to sit at 5GHz even during lengthy multi-threaded benchmarks. You can see more about Asus' EFI and software here.

For the most part the Asus TUF Z390-Plus Gaming (Wi-Fi) managed results typical of other Z390 boards we've used, although there were one or two exceptions. The PCMark 10 photo editing test was a little low as was the Cinebench score, perhaps pointing at a touch of throttling at stock speed, although our longer HandBrake test didn't reveal any further issues. PCMark 10 was once again the slowest result on test once overclocked, but we're talking about very slim margins. Far Cry 5 was a similar story, but again we're talking single frames between boards. 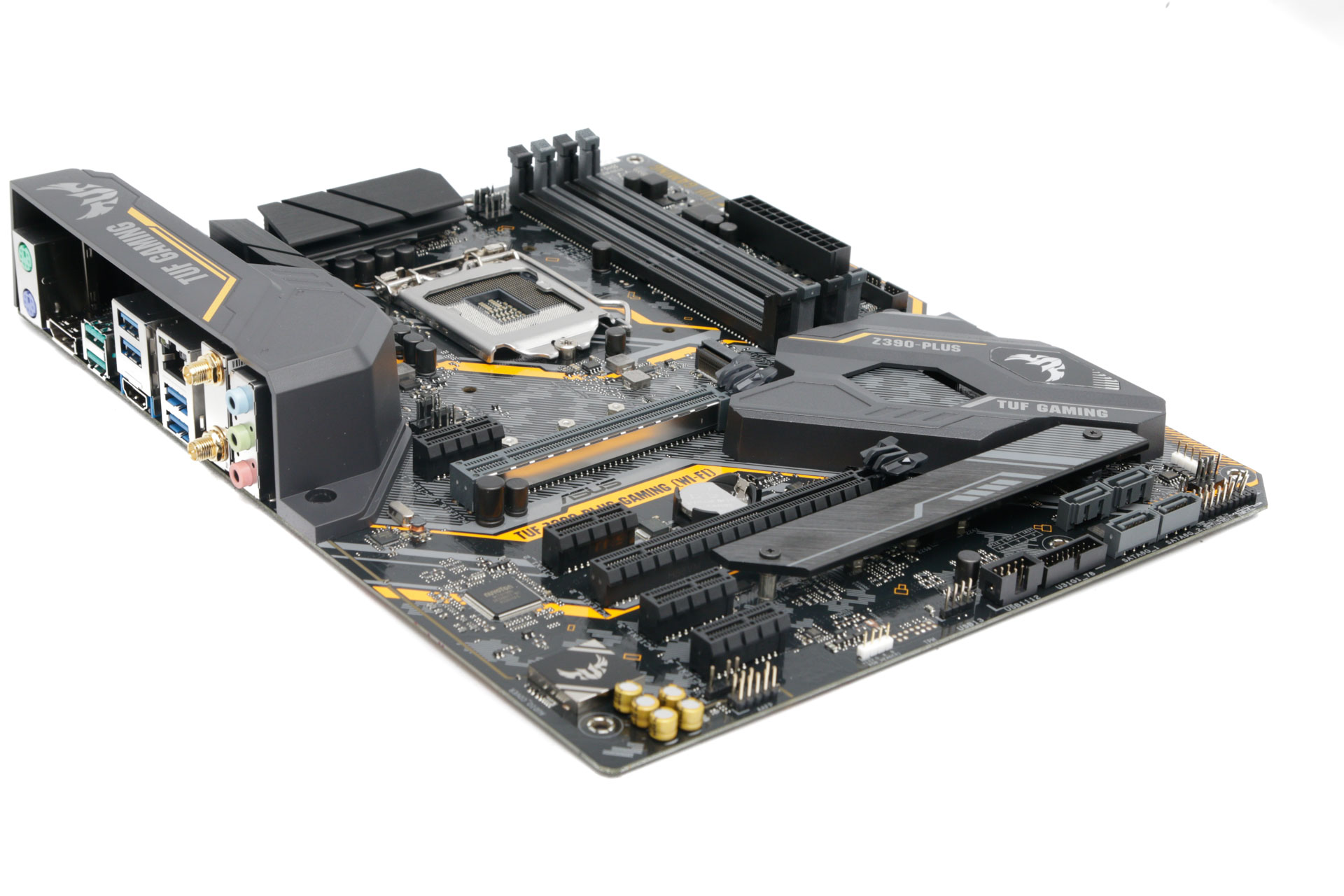 The M.2 heatsink knocked 15°C off the load temperature of our Samsung 960 Evo, and that's on our test bench, so in a case with a reasonable amount of airflow performance could be even better during those sustained transfers. This the first time we've tested the Realtek ALC1200 audio chip, but it was on par with some of the more basic ALC1220 implementations we've seen with a dynamic range of 104dBA and noticeably better results than the ALC892 used on the MSI MAG Z290 Tomahawk.

Something that is of some concern is power consumption. The board topped the charts in all but one test with the idle and load stock speed figures way above other boards. This isn't likely to impact on more than your electricity bill, but the load stock speed power draw was over 30W higher than any other board and 80W more than the MSI MAG Z390 Tomahawk. It's likely some brute force is being applied to deal with the monstrous Core i9-9900K, which is clearly better paired with a board with more elaborate power circuitry. 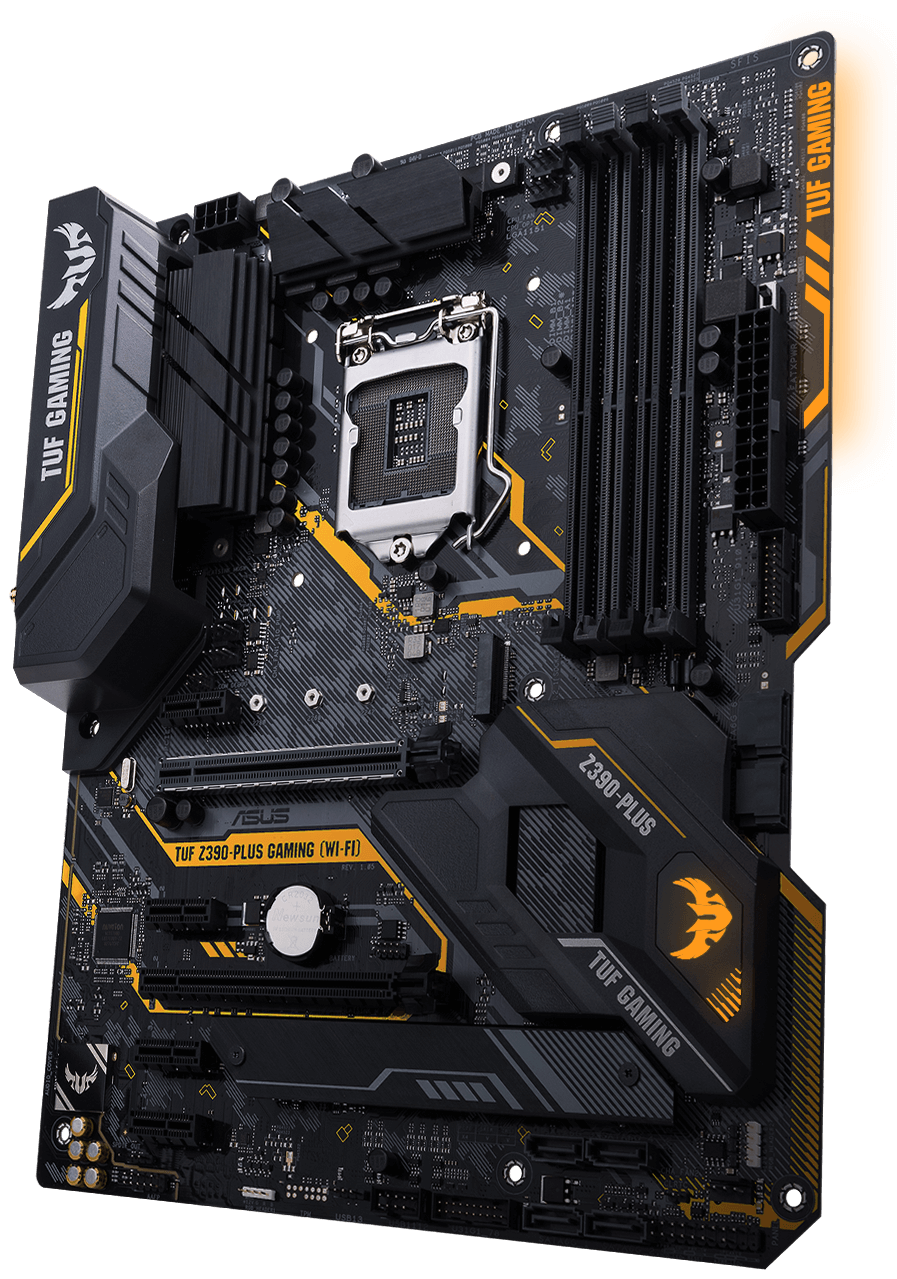 The Asus TUF Z390-Plus Gaming (Wi-Fi) was more than capable of handling our Core i9-9900K at stock speed, although overclocking will require some extra tinkering to boost thermal and power limits depending on your setup. Local airflow around the VRMs is a very good idea, and we'd maybe look elsewhere if long, sustained multi-threaded workloads are on the cards - for short blips up to 5GHz, though, we didn't see any negative effects.

The competition is more of a concern, but it's still a tough call against MSI's MAG Z390 Tomahawk. The latter is cheaper, better equipped when it comes to USB 3.1 and audio outputs, and has an integrated I/O shield and more fan headers. The Asus board has a better audio chip (but fewer outputs) and properly integrated Wi-Fi. The PCIe slot configuration differs too, but seeing as the vast majority of potential owners will be making do with a 16x and 1x slot at most, that's probably a moot point. For owners of eight-channel speaker systems the MSI board is a better bet, although if you have a particularly lavish setup you may want to consider a board with better audio anyway, and the Asus board is perfectly able to power up to six-channel speakers using the included audio ports.

Ultimately the price difference largely accounts for the extra hardware offered by the Asus board, namely Wi-Fi and a better audio processor, so there's actually very little difference between the two unless USB 3.1 is a priority - MSI wins easily there. Still, with solid performance and overclocking too, we can definitely recommend the Asus TUF Z390-Plus Gaming (Wi-Fi), and it's worth noting that the non-WiFi version retails for a more reasonable £140 too.