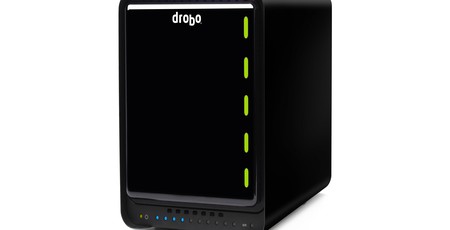 However, there's still a need for basic redundancy and data protection in spite of the fact that many manufacturers such as QNAP and Synology actually focus so much on additional features that they also offer single-bay units too. Drobo claims that its primary focus, meanwhile, is protecting your data and doing so in a simple, hassle-free way that requires minimal user input. 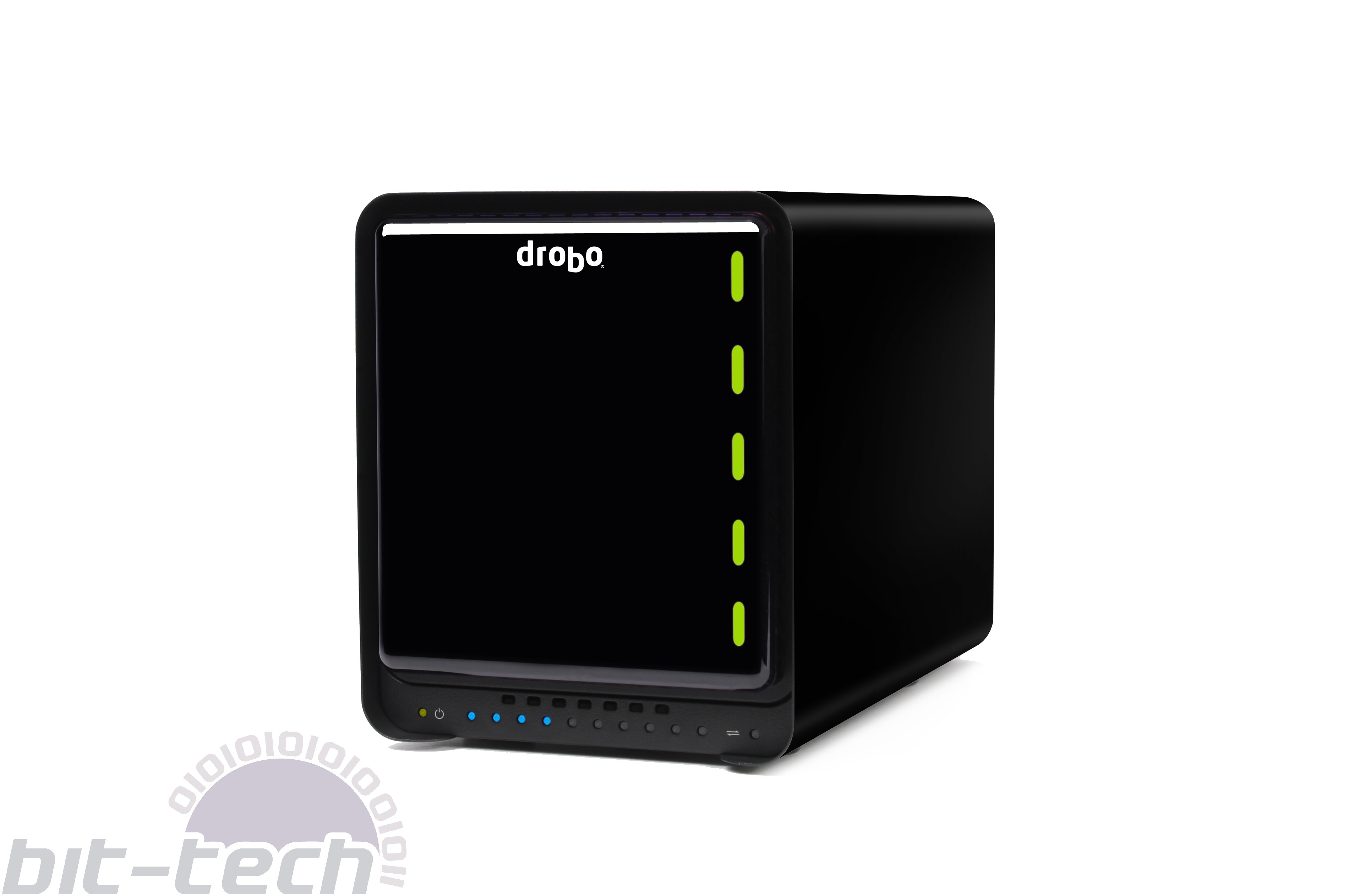 To this end, its 5N2 five-bay NAS has a fraction of the apps of your typical NAS from one of the aforementioned companies. It also lacks features such as USB ports and HDMI ports that you might expect on some high-end models geared towards dishing out your media. The only thing to jazz up the 5N2 is a pair of Gigabit LAN ports that offer link aggregation with supported routers and switches. It also has a row of large diagnostic LEDs on the front of the unit, which are perhaps its most important feature.

The 5N2 itself is fairly hefty and solid, and at around £440 it's certainly a lot cheaper than five-bay units from the likes of Synology, which will set you back over £600. However, there were a couple of issues with the unit that we'll get out the way first. Noise and vibrations were significant and far more noticeable than any other NAS we've tested. The 120mm fan is fairly quiet, but hard disk noise seems to spill out readily, and the single-piece shell seems to reverberate disk access noise rather than suppress it. The whole unit vibrates constantly, too, and as a result we can safely say the 5N2 isn't a NAS you'll want near you for any length of time nor in your entertainment room, unless its hidden away in a cupboard at the very least - it's best placed in the next room. 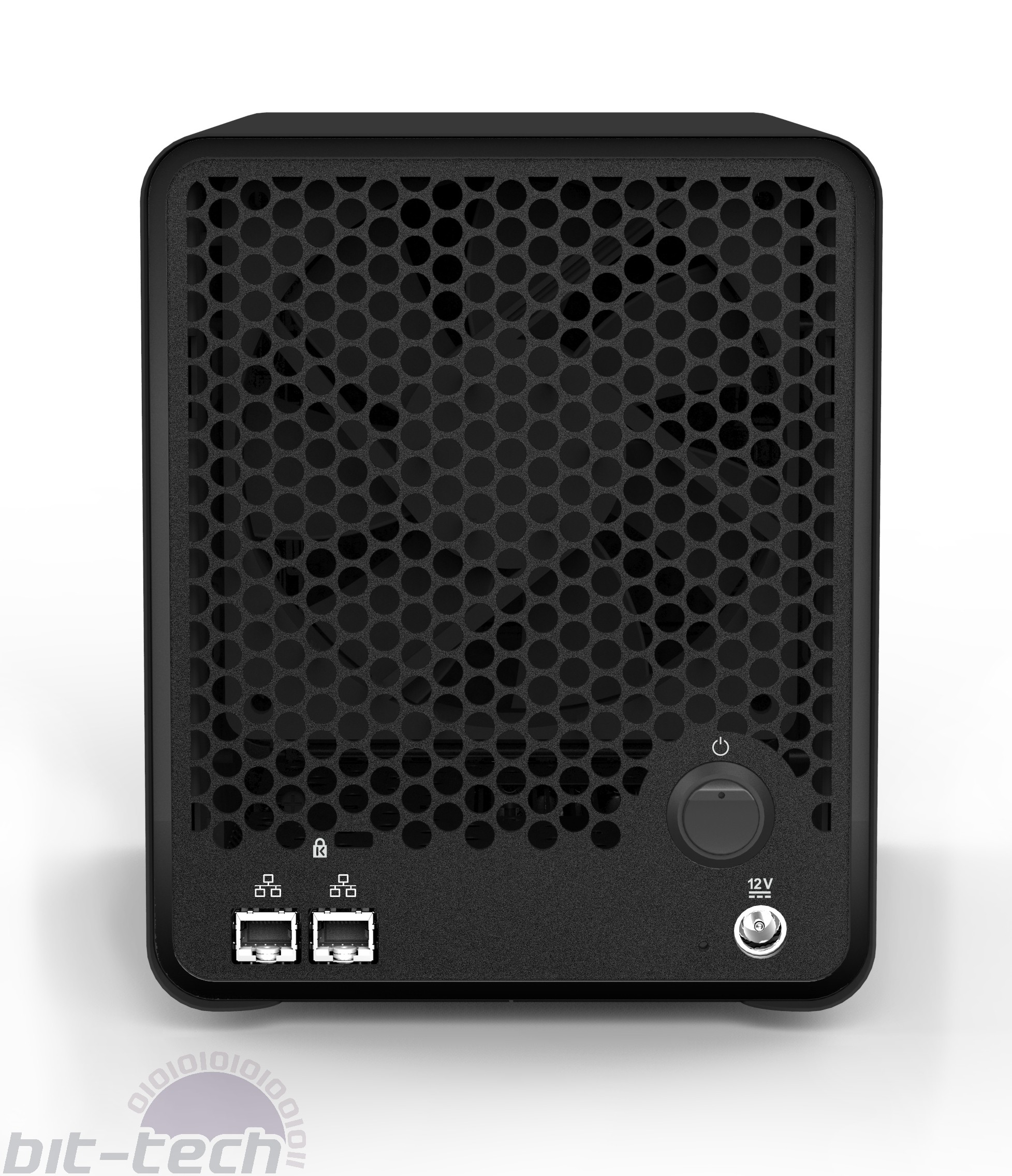 While the NAS doesn't have as many applications available as some other manufacturers' units, it still has some of the more essential ones such as Plex, DLNA-compatible media software, iTunes-compatible Firefly media server, and Transmission BitTorrent client, while DroboPix, DroboAccess, and 'myDrobo' allow for remote access and uploading content from your mobile devices. Transmission and Plex, for example, are both accessed through a web browser as normal. As the sole download manager, Transmission is fairly basic compared to the extensive download servers on other NAS enclosures, but BitTorrent downloads and Plex support are probably two of the more common needs for most NAS users anyway.

The most prized feature of the NAS is the company's BeyondRAID technology. It's a very hands-off feature, offering up to two-disk redundancy/failure protection with the option of single-disk redundancy at the click of the button in the interface if you prefer to use maximum storage. The entire setup and also configuration of additional drives, larger capacity drives, and/or replacement drives is all automatic. At first, this may seem disconcerting given how much more involved RAID can be on other devices, especially when it comes to adding or replacing disks or rebuilding arrays, but simplicity is actually a real advantage for the 5N2. 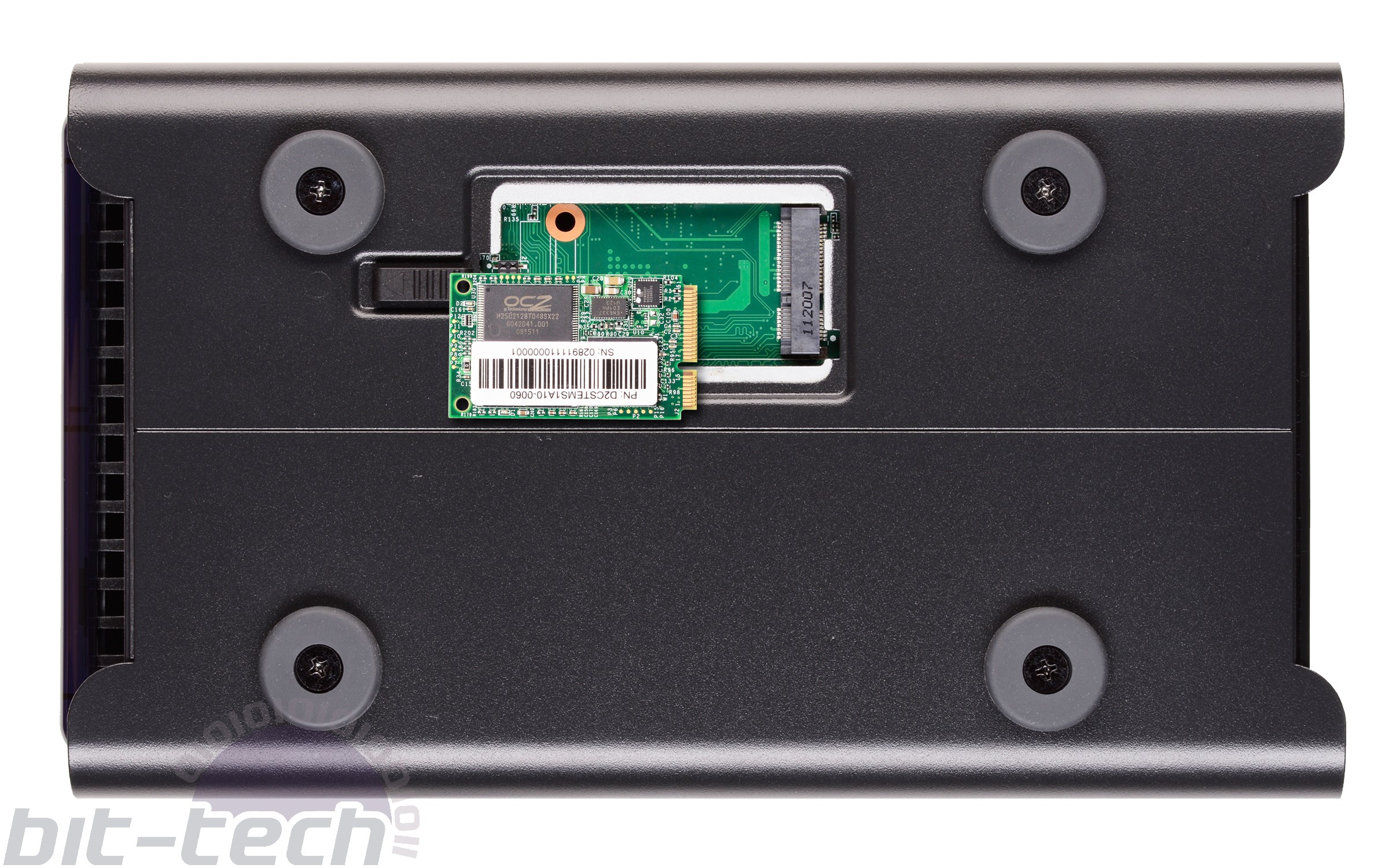 Filling the unit with five 4TB drives will see 14.52TB of usable storage space with 3.66TB used for protection and an overhead of 26.07GB. Switching to dual-disk redundancy sees these figures change to 10.89TB, 7.29TB, and 19.55GB respectively. However, Drobo is quite happy for you to mix and match hard disk models and capacities, and you can use its online configurator to work out the final available capacity depending on the drives you use or whether you opt for dual-disk redundancy. Impressively, there's next to no downtime when you swap out hard disks either. 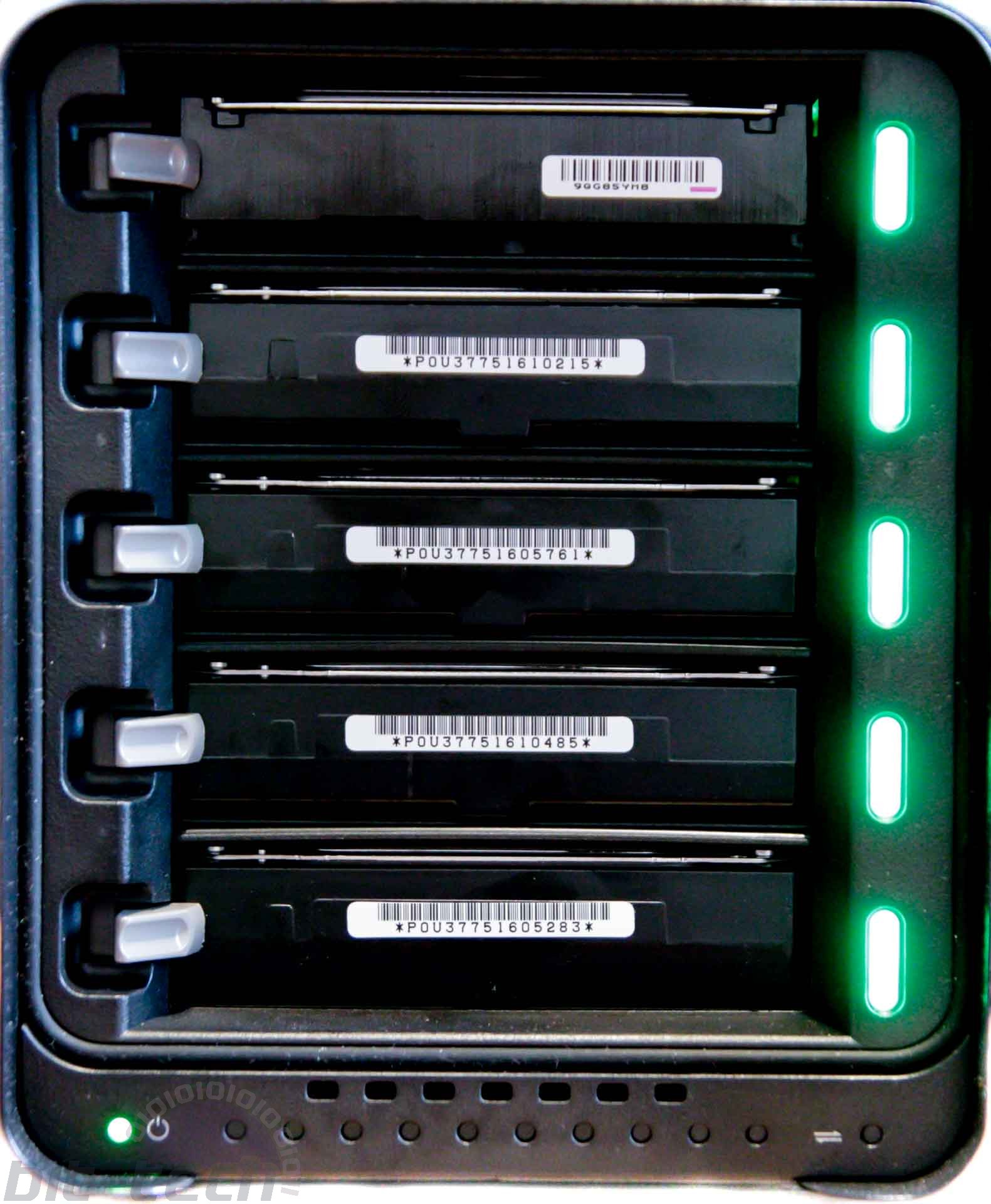 A set of LEDs on the front of the NAS indicates individual drive status as well as whether a drive is removable or a higher capacity drive is needed. There are a couple of nifty features inside the NAS, too. Firstly, the 5N2 sports a small battery that prevents drive failure or data corruption should power be lost. This isn't a true UPS but more a guarantee that whatever the unit is doing, a loss of power shouldn't result in problems. In addition, the 5N2 has an mSATA slot for an SSD. This can be used as a cache drive to speed up access to popular files.