On the surface, Western Digital’s WD Black2 Dual Drive (WD1001X06XDTL) appears to be simply yet another version of the same hybrid storage idea that’s been floating around for a few years now: have a small SSD for fast access backed up by a large HDD, all in the same package. However, the trick to WD’s latest product is that instead of using the SSD as an invisible, high-speed cache here the two are kept separate. In one drive you literally get a 120GB SSD and a 1TB hard drive.

What’s the advantage of this? Well, first and foremost, most hybrid drives have only 4-8GB of cache whereas the Black2 has a full 120GB. It also means you get to decide what data goes on which drive and you get the performance of an SSD at all times. For instance on a hybrid drive overall transfer speeds are little better than a standard 5,400rpm hard drive because the cache is already full of all your most used programs. With the Black^2, though, you can read and write to the SSD at full pelt. All told, it should theoretically be the ideal speed and capacity upgrade for a laptop or small form factor system. Retailing for a hefty ~£230, this drive clearly carries a premium over the cost of buying both a 1TB HDD and a 120GB SSD, so is heavily reliant on selling the message of convenience and, ultimately, being the only solution out there to offer what it does.

Acknowledging this premium price, Western Digital presents the Black2 Dual Drive in a very fancy box with a magnetic clasp and an extra outer sleeve. Inside is a hefty printed quick install manual, a comically oversized USB drive with the installation software (you can also just download it from the WD website) and there’s also a USB 3.0 to SATA cable included, for easily transferring files across before physically swapping your drives. The drive itself is also rather more tarted up than your average hard drive. On its top a gold logo is painted on a glossy black plastic cover which is actually the backside of the SSD’s PCB sprayed black. The effect with the PCB traces marked out on the surface is rather funky.

Flip the drive over and we can see that the inclusion of an SSD has created quite a complicated front section to this drive. The SSD is sandwiched between the top surface and the metal bulk of the hard drive, with the hard drive PCB on the underside. Three screws are used to hold this front section of the SSD PCB in place but a rather less tinkering-friendly sticky foam is used to fix the rest of it to the back of the hard drive, making it too risky an operation to dismantle for photography. Essentially, though, it’s pretty clear Western Digital has really had to work to pack in all that tech. The drive is a standard 9.5mm model which should fit all SFF systems and the vast majority of laptops, though some slim laptops use 7mm drives so be sure to check before taking the plunge.

Installation of the drive is the same as any other hard drive but until you’ve installed the Windows-only Dual Drive driver only the SSD will show up. Once the software is installed the HDD will appear as another partition. The utility works whether the drive is a primary or secondary drive though the HDD portion doesn’t work if connected over USB, so only your ‘boot data’ can be copied over before an upgrade when using a laptop (unless you connect both drives to another PC of course).

That really is it for features: this upgrade is all about its performance, so let's see how it stacks up. 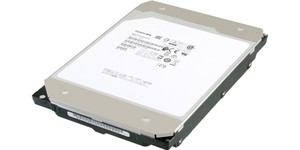