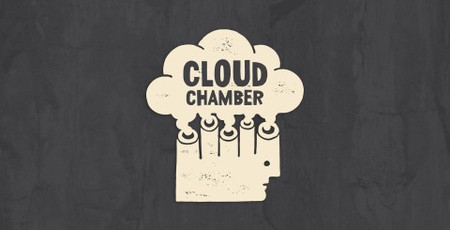 A new BioShock game has been confirmed by publisher 2K, but don't expect to play it for a fair few years yet.

The existence of another BioShock game - the fourth in the series - has been rumoured for quite a while now, but it's been finally confirmed in a statement by its publisher, 2K, regarding the founding of a new studio.

Dubbed Cloud Chamber, the studio has been referred to as a 'collective of storytellers' and is being led by Kelley Gilmore, the publisher's first female studio head. Previously with 22 years of experience at Firaxis (best known for the Civilization and X-COM franchises), she heads a team that includes members who worked on past BioShock projects including Hoagy de la Plante (Creative Director), Scott Sinclair (Art Director) and Jonathan Pelling (Design Director).

Elsewhere, there are team members with experience on franchises as varied as Call of Duty, Assassin's Creed, Star Wars, Battlefield, and The Walking Dead series. Basically, on the surface, this is a very strong team of game development talent.

Cloud Chamber will be based in 2K's San Francisco Bay headquarters in California, as well as Montréal, Québec. It's 2K Games' first Canadian studio.

In a statement, Gilmore explained that “we founded Cloud Chamber to create yet-to-be-discovered worlds – and their stories within – that push the boundaries of what is possible in the video game medium,” with that all-important first title looking to be a new BioShock game.

Rest assured, the format shouldn't be going too off message either. President of 2K, David Ismailer, announced in a statement that "We can’t wait to see where [BioShock's] powerful narrative and iconic, first-person shooter gameplay head in the future with our new studio team at Cloud Chamber leading the charge," which we're going to hope means that the first-person shooter nature of previous instalments remains the same here.

It's been 6 years since we last saw a new BioShock game - BioShock Infinite - with a remastered collection helping re-ignite some flames in 2016. Note, the two 'main' BioShock games were developed by Irrational Games and led by Ken Levine, who doesn't appear to be involved with the new project, but understandably, hopes are high for this to still be a big success.

For now though, all we have is that a new game is 'years away from release' but that's no reason not to be a bit excited by the upcoming prospect of something new from the franchise. Former Bioshock devs unveil The Flame in the Flood

A team of former Bioshock developers has announced survival sim The Flame in the Flood and launched a Kickstarter project.