2K Games has acknowledged a poor reception for its BioShock Collection updates on PC, promising that updates are on the way to fix issues ranging from mouse input issues to adding support for ultra-wide displays.

When 2K Games announced that it was releasing a BioShock Collection featuring all three games in the franchise with new tweaks, it was met with cautious optimism by fans. When the company announced that it would be making the remastered releases of BioShock and BioShock 2 available for free to owners of the original PC releases, that enthusiasm increased only to crash into despondency upon the release of what critics have described as a lazy and buggy update to games which themselves didn't exactly have smooth and untroubled launches.

2K Games has, however, promised to address at least some of the issues players are experiencing with the updates. In a Steam post, a community support representative promised that updates were in the pipeline to address: issues with the mouse input, in particular problems configuring the mouse smoothing, sensitivity, and acceleration options in the remastered BioShock; new speaker mode options in BioShock's audio settings to improve quality; improved field-of-vision (FoV) slider settings across BioShock, BioShock 2, and the expansion Minerva's Den; support for 21:9 widescreen displays across all games, an embarrassing faux pas on the company's part given the well-publicised issues the original release had with widescreen displays; and stability fixes to solve crashing problems.

'Since the launch of BioShock and BioShock 2 Remastered, some players have been reporting stability issues, while others have asked for additional feature support,' 2K's statement claims. 'We hear you and we’re happy to report we're addressing this feedback soon. Whether it’s your first time in Rapture, or you’re revisiting it again, we want your experience with the BioShock remasters to be as enjoyable as possible.'

No release date for the patches has been given. 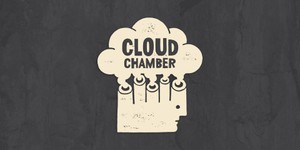 Would you kindly...be a bit excited.