Updates will follow the same rules as last year

In the first series of content, Rainbow Six Siege established a consistent cycle for updates. Each content bundle launched at the start of the season, bringing a new map and two new operators. Later on, mid-season reinforcements will rework existing operators and maybe add a few new technical bits and pieces into the mix.

It's hard to think about how far along Siege has come with this combination last year. Several items were added to the game in Year One, including gadgets like the claymore or impact grenade and new attachments like the angled foregrip or muzzle brake.

This year will follow the same rules set out by Year One, meaning we're getting eight new operators and four new maps — five if we're lucky, as was the case with last year's bonus Bartlett University map — as part of four seasons of professional play. Get ready for loot boxes, but not like you think

Now that all of your favourite shooters have their own lootboxes, you could be forgiven for reaching for your wallet at the mention of a loot system infiltrating Rainbow Six Siege, but you can stop showering your monitor with money now, because it's not what you think.

The loot boxes will be a cash-free — meaning no microtransactions, not ever — loot system to reward gamers who play a lot with free cosmetic items. It's not a big thing, but the current plan is that everything cosmetic should come up, if you get lucky.

'I'm not exactly sure of the exact scope, Remy says. 'I think we're going to make some tests first to see with the limited loot tables, or I don't know, maybe a hundred and fifty items to start with.'

'Ideally, we put everything that is customization elements in it. There's no reason why we should limit it at one point or another. I can't answer right now whether [legendary skins] are going to be part of the loot or not. I feel it should be. I think that is on the same position. Whether it's going to make it or not is not certain yet.'

Currently, legendary skins are cash-only items that hover around the £10 mark, so their inclusion would be a big coup, but it's one of the ways Siege is trying to reward all of its players for their time served, regardless of how much they've spent. New Operators to shake up the meta and discourage "safe choices"

We've already got two of our eight operators delivering heavy blows to the established meta with Jackal being an anti-roamer — roamers being players in an FPS that roam the outskirts of the map, looking to move through the enemy line and flank with lethal effect — and Mira delivering the ability to plant a ruddy great bulletproof one-way mirror into a wall so you can cover angles with no risk to yourself.

Speaking on stage, Remy said that players should expect more characters like this. Remy mentioned that he wants somewhere between 50-100 operators in the final game, and the primary aim is to discourage any safe choices and make selections more meaningful.

To emphasise this, he discusses Thermite as an example. Before the launch of Hibana in Season 3 of Year One, Thermite was the only character that could blow a hole in a reinforced wall. This is such a key skill that Thermite was an essential choice each round, and declining to pick the character was, basically, declining to win the round.

Over the course of Year Two, Remy says the new operators will be looking to change the meta in new and exciting ways, so expect to see more operators circumventing obvious choices.

Do you still play Rainbow Six Siege? Let's be friends. 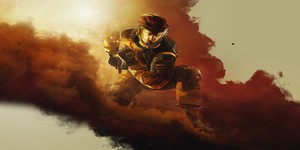 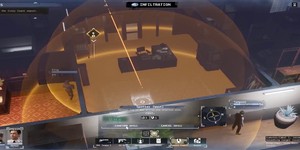 We brave Gamescom in Cologne to bring you six of the best forthcoming games from the event.