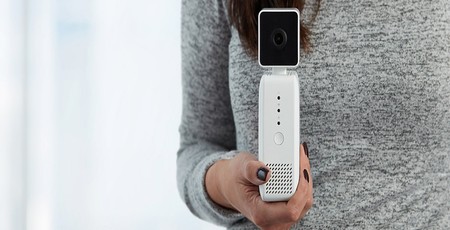 Chip-maker Intel and everything-seller Amazon have jointly announced the launch of a new project: the Atom-powered DeepLens smart camera system.

Announced by Amazon Web Services (AWS) chief executive Andy Jassy during the company's annual re:Invent conference in Las Vegas, the DeepLens is designed to make building computer vision projects as simple as possible. An all-in-one kit, the DeepLens is comprised of a compact Atom X5-powered miniature PC with audio output, two USB 2.0 connections, micro-HDMI, and a micro-SD slot for storage expansion. Internally the machine includes 8GB of RAM and 16GB of storage, which has a copy of Canonical's Ubuntu Linux 16.04 Long Term Support (LTS) operating system installed. A small secondary module at the top of the case houses a four megapixel camera.

'We are seeing a new wave of innovation throughout the smart home, triggered by advancements in artificial intelligence and machine learning,' claims Miles Kingston, general manager of the Smart Home Group at Intel, of the launch. 'DeepLens brings together the full range of Intel's hardware and software expertise to give developers a powerful tool to create new experiences, providing limitless potential for smart home integrations.'

The soft-launch of the device, however, will not see it listed on Amazon's retail site. The company is instead positioning the gadget as a tool for developers working with Apache MXNet, or following a Q1 2018 software update TensorFlow or Caffe2, and is being made available for pre-order via AWS at $249 (around £185 excluding taxes.)

The Amazon DeepLens will be competing head-to-head, however, with the recently-announced and considerably cheaper Google AIY Vision Kit, which uses the weaker processor and lower memory of a Raspberry Pi but comes with an Intel Movidius Vision Processing Unit (VPU) to accelerate computer vision and deep learning tasks. 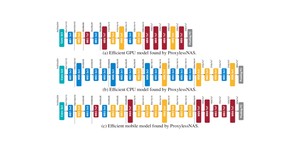