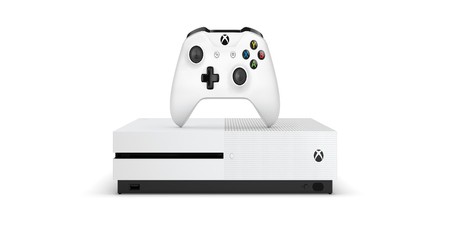 Microsoft is rumoured to be launching another Xbox One console next year, but unlike its midstream Xbox One X spec-bump it's doing away with a key feature: The optical drive.

The pre-launch marketing for Microsoft's Xbox One, the numerically-confusing third major release in the company's Xbox range after the original Xbox and its follow-up the Xbox 360, was not an unalloyed success: A high price thanks to the bundled and at-the-time mandatory Kinect depth-sensing camera system allowed Sony and its rival PlayStation 4 to undercut the device on cost, while Microsoft handed over another PR win through the use of restrictive digital rights management (DRM) which would require users to pay a fee to play second-hand physical games and require an always-on internet connection.

Backlash to then-president of Microsoft's interactive entertainment business Don Mattrick's defence of the latter anti-feature by saying those without a permanent internet connection can just buy an Xbox 360 instead was the straw that broke the camel's back: In the months that followed Microsoft abandoned many of its less popular plans, including removing the need for always-on internet connection and the mandatory use of the Kinect sensor before dropping it from the bundles to better meet Sony on price.

Since then, the Xbox One has proven a popular device, and its midstream Xbox One X refresh, not to be confused with the cheaper and smaller Xbox One S, brought improved specifications into the mix. The company's next release, though, is rumoured to be going in the opposite direction, ripping out a key feature in order to bring the cost of the device down: the Blu-ray drive.

According to unnamed sources speaking to Microsoft-watcher Thurrot, Microsoft's next Xbox console will be a sub-$200 device based on the Xbox One S but without the Blu-ray drive. Users will instead be expected to buy their titles as downloads, while physical discs can be surrendered at participating shops for a download code - a plan not a million miles away from how the company originally planned to handle second-hand sales on the Xbox One.

The sources claims - currently neither confirmed nor denied by Microsoft - point to, effectively, a similar strategy to Sony's unpopular PlayStation Portable Go, which removed the PlayStation Portable's Universal Media Disc (UMD) drive and concentrated solely on digital distribution and which was hampered by boycotts from retailers over their inability to sell high-margin physical games alongside the low-margin console hardware and the cancellation of a plan to offer physical-to-digital trade-ins as Microsoft is rumoured to offer. The PSP Go's launch price, too, proved a problem, putting it above the cost of a full-fat PSP - and while the move away from physical media allowed it to be smaller, lighter, and offer better battery life, these were not generally considered fair trade-offs for the loss of flexibility and higher price.

Microsoft, as is typical for the company, has not commented on the sources' claims, which would see the console released some time in 2019 ahead of a new Xbox One S variant. 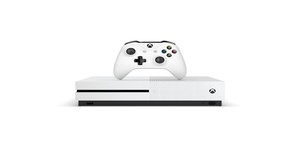 Microsoft's driveless Xbox One could launch in April

Pre-orders in April, retail in May. 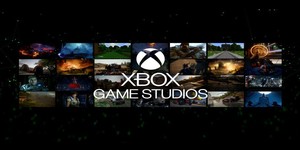